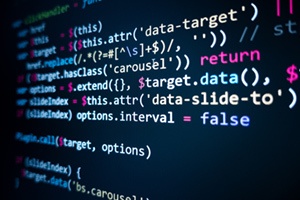 Decisions by the Supreme Court and the Federal Circuit over the past decade have wrestled with the question that 35 U.S.C. §101 was intended to answer: What is eligible for patent protection? The text of §101 says a patent can be granted for “any new and useful process, machine, manufacture, or composition of matter, or any new and useful improvement thereof.” Though this text has changed very little since it was first written in 1793, the courts have established a number of judicially created exceptions, and exceptions to those exceptions. This has created a growing difficulty and uncertainty in applying §101 to modern technologies, especially those implemented by computer systems.

New patent examining guidelines published by the Patent and Trademark Office on January 7, 2019 are expected to bring much-needed clarity and predictability to obtaining patent protection. The January Guidelines focus on Steps 2A and 2B of the two-part Alice/Mayo test created by the Supreme Court to determine the eligibility of a claim under §101 (Step 1 merely determines if the claim falls within §101 itself). Step 2A asks if a claim is directed to a judicially created exception, such as a law of nature, natural phenomenon, or abstract idea. The new guidelines for Step 2A should make it much harder for an examiner to reject claims as being directed to a judicially created exception, and they are the subject of a previous Nutter IP Law Bulletin post. However, claims that are found ineligible under Step 2A can nevertheless be eligible under Step 2B of the Alice/Mayo test, which asks if the claim involves significantly more than the judicially created exception itself. A key tenet in this analysis is whether a claim limitation or combination of limitations merely performs “well-understood, routine, [and] conventional activities previously known to the industry.” Here, the January Guidelines expressly adopt the USPTO’s position in their April 19, 2018 memorandum with regard to Step 2B. Taken together, the January Guidelines and the April Memorandum represent a dramatic shift in the USPTO’s procedures for determining claim eligibility under §101.

The April Memorandum was published in response to the Federal Circuit’s precedential decision in Berkheimer v. HP Inc. We previously discussed this case as providing a new patent-friendly precedent for determining the eligibility of a claim. Berkheimer held “that the question of whether certain claim limitations represent well-understood, routine, conventional activity raised a disputed factual issue.” In contrast to prior §101 policies, the April Memorandum provides more than an analysis of Berkheimer —it outlines a specific new step that patent examiners must take in forming a Step 2B analysis in a §101 rejection: a factual determination to support any conclusions that a claim element  is well-known, routine, or conventional.

Notably, the April Memorandum clearly states that that a single piece of evidence or prior art may not be enough to establish a claim element as conventional: “This is because a showing that additional elements are obvious under 35 U.S.C. § 103, or even that they lack novelty under 35 U.S.C. § 102, is not by itself sufficient to establish that the additional elements are well-understood, routine, conventional activities or elements to those in the relevant field. See MPEP § 2106.05.” As the Federal Circuit in Berkheimer explained: "[w]hether a particular technology is well-understood, routine, and conventional goes beyond what was simply known in the prior art. The mere fact that something is disclosed in a piece of prior art, for example, does not mean it was well-understood, routine, and conventional."

The new Step 2B guidelines require that an examiner find and support a §101 rejection with one of the following:

These four categories present a patent-friendly shift in the procedure for addressing Step 2B analysis in §101 rejections. Practitioners addressing a Step 2B analysis should first focus on what claim elements are new and connect any described improvements to those claim elements. From there, practitioners can push the Examiner to provide a substantial factual determination to back up their conclusion, depending on which of the four types of evidence they provide.

The first (1), can be addressed most easily by avoiding any statements in the application or during prosecution that undermine or characterize the claim elements as well-known, routine, or conventional. If an examiner finds such a statement, traverse this by arguing that a combination of elements provides more than a sum of its parts, or how one element operates unconventionally with another.

The second (2), shifts the burden to the examiner and can be refuted by distinguishing the present claims over the technologies and claims at issue in the cited court case(s). In contrast to the previous practice of examiners rejecting claims based on a comparison between the present claims and the claims at issue in the MPEP court decisions, examiners must now find a determination in the decision that the claim element is well-understood, routine, or conventional. This change sets a higher bar for examiners to apply those court decisions.

The fourth (4), provides an avenue for examiners to take official notice in order to assert that, based on their own knowledge, an element is well-known, routine, or conventional.  This is similar to the previous practice. However, the Memorandum cites MPEP § 2144.03 regarding official notice, and that section of the MPEP provides a straightforward strategy: “If applicant adequately traverses the examiner’s assertion of official notice, the examiner must provide documentary evidence in the next Office action if the rejection is to be maintained.” Accordingly, traversing the examiner’s official notice will require the examiner to provide evidence from categories (1), (2), or (3), or their own declaration with factual statements to support their finding.

Finally, the April Memorandum “clarifies that the analysis as to whether an element (or combination of elements) is widely prevalent or in common use is the same as the analysis under 35 U.S.C. § 112(a) as to whether an element is so well-known that it need not be described in detail in the patent specification.” This invocation of §112(a) is extremely useful, as §112(a) analysis involves something being so conventional that further description of it is not needed in the specification. This is a high-bar for a document to have to support the examiner’s position. For example, if a claim element is substantially described in the specification, this itself supports a position that the element is not well-understood, routine, or conventional, or else the provided description would be unnecessary under §112(a).

The January Guidelines also instruct the examiner to reevaluate certain conclusions made under the Step 2A analysis to determine if the Step 2B criteria are met. For example, an examiner might treat an extra-solution activity in a claim as being insignificant and hence patent-ineligible under the Step 2A analysis, but find that the extra-solution activity is not well-understood, routine, or conventional and hence patent-eligible under the Step 2B analysis. This express requirement for reevaluation ensures that examiners will perform Step 2A and 2B analyses separately and not conflate them into a single conclusion.

The USPTO’s April Memorandum is now the official policy for patent examiners to conduct a Step 2B analysis, and it presents patent-friendly tools for use in overcoming §101 rejections. The April Memorandum shifts the burden onto patent examiners to support any conclusion that a claim element is well-understood, routine, or conventional, with a factual determination that is unlikely to be supported by a single reference. This new policy should reduce the uncertainty involved in overcoming §101 rejections and allow practitioners to more confidently advise their clients on obtaining patent protection.