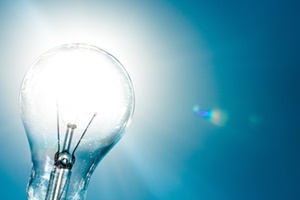 Since the Supreme Court’s decision in Alice Corp. v. CLS Bank in 2014, there has been an increasing trend in district courts granting pretrial dispositive motions to effect early dismissal of patent infringement cases under 35 U.S.C. § 101. Last month, however, the Federal Circuit issued two patent-friendly decisions that preclude such early dismissal when there are factual disputes that underlie the ultimate legal conclusion of patent eligibility under 35 U.S.C. § 101.

In Berkheimer v. HP, Inc. (Fed. Cir., Feb. 8, 2018), the patent owner, Steve Berkheimer, appealed a lower court decision granting HP’s motion for summary judgment that the asserted claims of Berkheimer’s patent (U.S. Patent 7,447,713) are patent ineligible under 35 U.S.C. § 101. Summary judgment is appropriate when there is no genuine dispute as to any material fact and the movant, here HP, is entitled to judgment as a matter of law. Fed. R. Civ. P. 56(a).

The claims of the ‘713 patent relate to digitally processing and archiving files in a digital asset management system. To determine whether a claim at issue is patent eligible under 35 U.S.C. § 101, the Supreme Court’s Alice decision set forth a two-part analytical framework to search for an inventive concept. In the first step of the Alice inquiry, the claim is analyzed to determine whether it is directed to a patent ineligible concept, such as an abstract idea. If so, the second step of the Alice inquiry requires an analysis of the claim elements, both individually and in combination, to determine whether there are any additional elements that transform the claim into a patent eligible application of the abstract idea. The second step of the Alice inquiry can be satisfied when the claim elements involve “more than performance of well-understood, routine, and conventional activities previously known to the industry.” See Content Extraction & Transmission, LLC v. Wells Fargo Bank, Nat’l Ass’n, 776 F.3d 1343, 1347–1378 (Fed. Cir. 2014).

In granting HP’s motion for summary judgment, the district court concluded that the claims do not contain an inventive concept and thus are patent ineligible because the claims are directed to an abstract idea and the claim elements recite “well-understood, routine, and conventional” computer functions. On appeal to the Federal Circuit, Berkheimer argued that summary judgement is improper because whether the claimed invention is well-understood, routine, and conventional is a question of fact that underlies the ultimate legal determination of patent eligibility. In support of his argument, Berkheimer cited portions of the ‘713 patent that discuss problems with conventional digital asset management systems at the time the patent was filed and the purported improvements of the invention.

In Aatrix Software, Inc. v. Green Shades Software, Inc. (Fed. Cir., Feb. 14, 2018), the patent owner, Aatrix Software, appealed a lower court decision granting a Rule 12(b)(6) motion to dismiss its complaint against Green Shades Software on the basis that the asserted claims of the patents-in-suit (U.S. Patent Nos. 7,171,615 and 8,984,393) are patent ineligible under 35 U.S.C. § 101. Aatrix also appealed from the district court’s denial of its motion for leave to file a second amended complaint.

The Federal Circuit has held that patent eligibility can be determined at the Rule 12(b)(6) stage, provided that there are no factual allegations that, taken as true, prevent resolving the eligibility question as a matter of law. See Genetic Techs. Ltd. V. Merial L.L.C., 818 F.3d 1369, 1373 (Fed. Cir. 2016) and Content Extraction, 776 F.3d at 1346, 1351. However, in this case, the court held that the district court erred when it denied Aatrix’s motion for leave to file a second amended complaint “in the face of factual allegations, spelled out in the proposed second amended complaint, that, if accepted as true, establish that the claim combination contains inventive components and improves the workings of the computer.”

Specifically, the court found concrete allegations in the second amended complaint which assert that the individual claim elements, and the claimed invention taken as whole, are not well-understood, routine, or conventional activity and improve the functioning of a computer. Thus, the court held that “these allegations at a minimum raise factual disputes underlying the § 101 analysis…sufficient to survive an Alice/Mayo analysis at the Rule 12(b)(6) stage.”

In view of these recent Federal Circuit decisions, the numbers of granted pretrial dispositive motions resulting in early dismissal of patent infringement cases under 35 U.S.C. § 101 may drop as more attention is focused on factual disputes that underlie the § 101 analysis at the pretrial stage. From a patent drafting perspective, these Federal Circuit decisions suggest that patent practitioners may want to include discussion as to how the claimed invention is not well-understood, routine, and conventional to serve as a basis for later arguing patent eligibility before the U.S. Patent and Trademark Office or the courts.