Patent prosecution—everything that takes places after a patent application is filed until it issues—can be a complex and lengthy process. A majority of time and attention is usually spent on getting a patent application drafted and filed, and rightfully so, but clients often ask: “How long until we hear from the patent office?,” “How soon could this application be granted?,” and “What do we need to do next?” This article is Part 1 of an educational series intended to help answer those questions and provide a birds-eye view of the process for obtaining patent protection in the United States and worldwide. 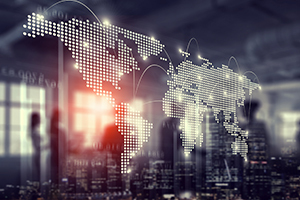 The United States Patent and Trademark Office (USPTO) recently announced that the Expanded Collaborative Search Pilot (CSP) program, which was enacted in November 2017, has been extended to October 31, 2022. The Expanded CSP affords applicants the ability to get patent applications issued more quickly while enhancing the quality of the patent due to the more comprehensive nature of the patent search that results from the Expanded CSP. Under the Expanded CSP, patent applicants may request that multiple partner intellectual property (IP) offices (e.g., the Japanese or Korean IP offices) coordinate an exchange of prior art search results with each other prior to issuing an office action. The Expanded CSP built on the success of the Initial CSP, which facilitated sharing of search results of related counterpart applications between the USPTO and a single designated partner IP office (e.g., the Japanese or Korean IP office). The current partner IP offices are the JPO and KIPO, but the USPTO plans to announce future partner IP offices once they become designated. 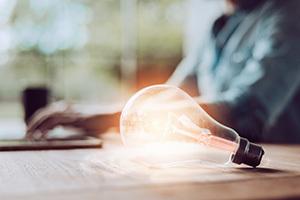 1. Why do entrepreneurs need to protect their technical and scientific innovations?

If you start a grocery store, you probably are not selling a technical or scientific innovation, so your goal is to execute better than the grocery store down the street. You likely will compete on price, quality, and service. Businesses that develop technical and scientific innovations, such as Tesla, Apple, and Novartis, as well as startups, spend enormous sums of time and capital developing the next big thing. These companies directly capitalize on that innovation. Ideally, nobody other than the entrepreneur who developed that innovation can commercialize it, giving the entrepreneur the exclusive right to own and potentially build the protected market/product. Think of it another way—why spend all this time and effort to move the market forward just to let a competitor use it…and reap the benefits of your hard work!

Indeed, parties looking to acquire an innovative company (or analysts for an IPO) take a hard look at whether the technical and scientific innovation of that company is adequately protected. Unfortunately, poorly protected innovation can kill enterprise value and even kill a deal. Venture capitalists, private equity, angel investors, and others will make similar analyses because they strive for a positive return on their investments through an acquisition or IPO.

We live in challenging times, yet we have the opportunity and the means to flourish, and should do so.

In 1966, Senator Robert F. Kennedy faced the challenges of his era and recalled an ancient curse, which says “May he live in interesting times.” Senator Kennedy observed “Like it or not, we live in interesting times. They are times of danger and uncertainty; but they are also the most creative of any time in the history of mankind. And everyone here will ultimately be judged - will ultimately judge himself – on the effort he has contributed to building a new world society and the extent to which his ideals and goals have shaped that effort.” Senator Kennedy saw opportunity in adversity.

Although we face different challenges than those faced by Senator Kennedy, we can draw from the Senator inspiration to flourish in our own interesting and uncertain times. We too live in the most creative of any time in history, and our management and shareholders will judge us on how well we continue to contribute to the business.

In recognition of the high interest level in the program, the PTO recently announced it is increasing the annual limit on Track One Prioritized Examinations from 10,000 to 12,000, effective September 3, 2019, to prevent exceeding the limit this fiscal year, which concludes on September 30. 12,000 will be the new limit going forward as well.

Businesses must balance the desire for intellectual property protection throughout the world with budget management goals. There is no “one size fits all” approach for achieving that balance, but there are certain considerations that all business that hope to operate on the global stage should be aware of and think through.

Global IP portfolio management strategy should be driven by the need to be positioned to take aggressive action in commercially important markets, while at the same time staking out a more defensive position in markets of less immediate commercial importance but that might become more important. IP filings in places known as havens for opportunists who might interfere with your business plans in those places through bad faith filings also might be warranted.

In the case of patents and trademarks, pre-filing diligence in the form of patent “freedom to operate” searches and trademark availability searches should be considered. While blindly filing abroad and simply waiting to see whether issues are encountered at the various registries is an option, the pre-filing searching might uncover details about potentially conflicting third-party rights and allow for strategic adjustments. Turning to considerations specific to categories of IP:

Patent applications often are filed directly at the national level, but there are numerous regional patent offices that provide regional patent registrations. These include the European Patent Office (EPO), the African Regional Intellectual Property Organization (ARIPO), the African Intellectual Property Organization (OAPI), and the Eurasian Patent Organization (EAPO). Through these organizations inventors can file a single application that will receive protection in the regional “member countries”.

Whether applying for a patent in a given country or jurisdiction makes sense should be determined by evaluating whether the subject matter is likely to be considered patentable in that country, whether the short-term and long-term legal costs are justified relative to the business value of protection, whether preserving the technology or methodology as a trade secret instead of patenting it makes more sense, and how difficult and costly it is to enforce a patent there.

Trademark protection also requires taking specific action for each country or jurisdiction (e.g., the European Union is one jurisdiction for purposes of registering a trademark). The two types of action are: (1) filing a trademark application directly with that country’s trademark registry through local counsel; or (2) using a home registration as the basis for securing an International Registration through which one designates rights to the various countries of interest.

Trademark protection standards vary from country to country. What is required or makes sense in one country might not be the best approach in another. For example, in the U.S. a trademark application must be supported by a declaration under oath that the applicant intends to use the mark in relation to all listed products and services, which usually requires a narrow approach. In certain other countries, however, broader filings are possible and generally recommended because there is no such limitation (although in the future a resulting registration in that other country could be cancelled by a third party on the basis of the mark’s non-use).

Let’s not forget copyrights. Legal protection for copyrights, like patents and trademarks, is territorial, but protecting copyrights generally entails less in the way of formalities. In fact, the U.S. is one of only a few countries that have copyright registration systems. There are international treaties that the U.S. and virtually all other commercially relevant countries have joined, most notably the Berne Convention, that reduced formality requirements and provides that works shall be protected in countries other than the author’s country of origin in the same way that the foreign country protects works of its own authors.

So, for example, if a German business without authorization were to publish in Germany and profit from a U.S. business’ content authored in the U.S. and protected by U.S. law, a German court would recognize and enforce those U.S. rights as if German rights (not applying U.S. law, but treating the rights as valid rights under German law). The same would apply for works authored in Germany, e.g., which would be recognized as protected under U.S. law if infringed in the U.S.  Certain benefits associated with U.S. copyright registration, however, such as statutory damages, are not automatically afforded to foreign works under that scenario absent registration.

Copyrighted expressive content often is misused by other organizations with which your business has a relationship and should be managed contractually. While having rights recognized by a foreign country’s courts is desirable, there are inherent challenges and increased costs associated with taking legal action in a foreign country. U.S. companies should make a point of imposing contract provisions upon foreign distributors/partners through which they carefully define limited purposes for which copyrighted content can be used and through which the other organization consents to jurisdiction in the U.S. for lawsuits.

[The considerations highlighted above will be addressed in greater detail in future blog posts.]

The importance of patent term, or the period of time during which the exclusive nature of a patent is in effect, cannot be overstated. The patent term for an issued patent, which is currently set at 20 years from the filing date of the earliest U.S. non-provisional application, can drive business and investment strategies, dictate allocation of technological resources, and impact financial valuations.

Read More ›
Tags: Patent Prosecution, USPTO, USPTO Rules
Privity and Immunity: The Federal Circuit Issues Two Precedential Decisions Addressing Who Can Petition for and Who Can Be Subject to Inter Partes Review
By Steven G. Saunders on 06.17.2019

Late last week, the Federal Circuit issued Power Integrations, Inc. v. Semiconductor Components Indus., LLC and Regents of the Univ. of Minnesota v. LSI Corp. These two precedential decisions bring further clarity to who is subject to the time bar for filing petitions for inter partes review (“IPR) and whether sovereign immunity protects patents from being subject to IPR challenges. The key takeaways are: