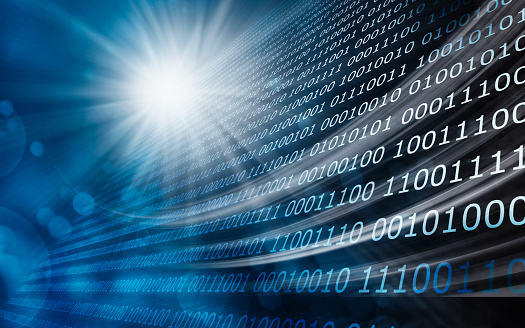 As discussed in the latest memorandum, the Federal Circuit in McRO held that the claims at issue are patent eligible under 35 USC § 101 because they are not directed to an abstract idea under the first prong of the two-part Alice[4] test. Under Alice, all claims having an abstract idea are analyzed in two steps:

Part I: Determine whether the claim is directed to an abstract idea.

In McRO, representative claim 1 of the patent-in-suit recites:

obtaining a timed data file of phonemes having a plurality of sub-sequences;

The claims were found not to be directed to a judicial exception (i.e., abstract idea) because they relate to improvements in computer-related technology, as thoroughly described in the specification. That is, the specification details how the claims improve computer animation and allow for automation of certain animation tasks by using rules—rather than human judgment—to set morph weights and transitions between phonemes. The court further indicated that the claims recite a specifically designed process to achieve an improved technological result.

Key Takeaways from McRO for Examiners

In light of the McRO decision, the USPTO memorandum identifies the following notable points for consideration by examiners:

As further discussed in the memorandum and in our previous post, the Federal Circuit in BASCOM held that, even though the claims are directed to the abstract idea of filtering content, they are nonetheless patent eligible under the second part of the Alice test because the combination of the claim limitations describes an inventive concept. Representative claim 1 of the patent-in suit recites:

at least one filtering scheme;

In support of its finding of eligibility, the court in BASCOM explained that although the claimed filtering of content on the Internet is known, and the additional generic computer, network and Internet components individually do not amount to “significantly more,” they recite an inventive concept when considered in combination. The court found that installing the filtering tool at remote ISP servers while allowing users to customize their respective filter criteria is an inventive concept because, unlike traditional local filtering systems, the claimed invention prevents user circumvention of the filters and eliminates the need for users to locally maintain content databases.

Key Takeaways from BASCOM for Examiners

In light of the BASCOM decision, the latest memorandum identifies the following notable points for consideration by examiners:

The November 2nd memorandum thus further emphasizes various principles to keep in mind when drafting patent applications to prepare for potential subject matter eligibility issues. Applicants and practitioners should file patent applications that describe in detail, among other things, how the inventive concept improves then-existing systems and/or how it enables new functionality. They should also include descriptions of elements or features that on their own may appear to be generic or conventional, as these can result in an inventive concept when considered in combination. Claims of varying scope should continue to be filed with the application, keeping these principles in mind.

Conclusion and Future Updates to the Guidelines

Although the latest memorandum does not provide significant new guidance regarding subject matter eligibility, it does serve to remind examiners of the need to more closely review claims to identify patent eligible material. Fortunately for applicants and practitioners seeking more clarity, the USPTO announced in the memorandum that a further update to its subject matter eligibility guidelines is forthcoming. The updates to the guidelines will be based on at least the McRO and BASCOM decisions, as well as the Federal Circuit’s most recent finding of eligibility in Amdocs (Israel) Ltd. v. Openet Telecom, Inc.[5]. Because these cases all deal with software-related patents, applicants and practitioners can likely anticipate that the next set of guideline updates will provide further instructions on how to protect software inventions that solve technological problems and improve the performance of systems.