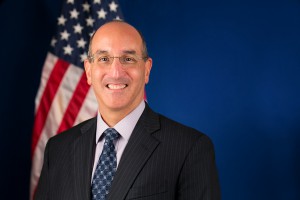 On July 30, 2015, Drew Hirshfeld was appointed to the position of Commissioner for Patents for the United States Patent and Trademark Office (USPTO).  Mr. Hirshfeld reports directly to Michelle Lee, the Director of the USPTO, and according to the USPTO website, he “is responsible for managing and directing all aspects of this organization which affect administration of patent operations, examination policy, patent quality management, international patent cooperation, resources and planning, and budget administration.”

Mr. Hirshfeld has over 20 years of experience at the USPTO, beginning in 1994 when he was employed as a patent examiner, and continuing on to positions including Supervisory Patent Examiner and Group Director in Technology Center 2100 (Computer Architecture and Software).  His experience across various levels at the USPTO, and in particular in the computer space where subject matter eligibility has become such an important issue, will likely prove beneficial for patent applicants and practitioners.

While we wait to see what policies Mr. Hirshfeld will champion and implement in his new role, in the short term update your Office Action response templates and the like to address “Dear Sir” (or something more fail-safe like “Dear Commissioner”) rather than “Dear Madam” since Mr. Hirshfeld is replacing the recently retired 38-year USPTO veteran Margaret “Peggy” Focarino.