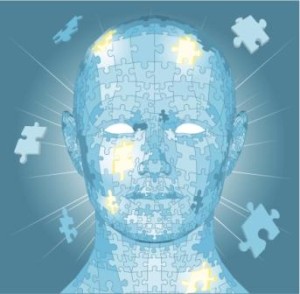 The U.S. District Court for the Western District of Washington held, in Recognicorp, LLC v. Nintendo Co. Ltd., et al, that claims to certain methods and systems for encoding/decoding image data are not patent-eligible under 35 U.S.C. § 101. Recognicorp is an illustrative example of the use of preliminary motion practice to dispose of patent cases on the pleadings and of how software-based inventions that are premised on seemingly simple algorithms are particularly susceptible to early dismissal.

The case arose from Recognicorp’s allegations that Nintendo’s Wii video game infringed U.S. Patent No. 8,005,303 (the ’303 Patent). The patent, which is exemplified by the claim reprinted below, is directed to creating an image of a face on a computer display by piecing together images of facial features (such as hair, eyes, nose, mouth and chin), calculating a code for the composite image, and reproducing that image on another display—for example, one connected to another computer—based on that code:

A method for creating a composite image, comprising:

Recognicorp’s suit against Nintendo was initially stayed pending reexamination of the ’303 Patent at the United States Patent and Trademark Office, which resulted in amended and narrowed claims. In Recognicorp, those claims were before the court on defendant Nintendo’s motion for judgment on the pleadings under Federal Rule of Civil Procedure (FRCP) 12(c).

As a procedural matter, Judge Jones dismissed Recognicorp’s argument that dismissal under FRCP 12(c) was premature prior to formal claim construction. The judged noted that the Federal Circuit has indicated that claim construction is not “an inviolable prerequisite to determining patent eligibility” under 35 U.S.C. § 101. In the absence of explanation by the plaintiff/patent holder why claims construction was necessary, Judge Jones ruled against Recognicorp on the procedural issue and, ultimately, on the substantive issue—finding that the claims failed the two-part test for patent eligibility under Alice Corp. v. CLS Bank Int’l.

The first part of the Alice test is to determine if the claim is “directed to” a judicial exception (i.e., a law of nature, natural phenomenon, or abstract idea). Applying the first of steps required by Alice, Judge Jones characterized the ’303 patent claims as using a “paint by numbers” approach. Noting that other courts had held that encoding and decoding of data is an abstract idea, the judge found the claims of the ’303 patent no less so —even though they were purportedly directed to overcoming problems specific to the computer technologies. Judge Jones appeared swayed in this regard by the seeming simplicity of the encoding algorithm disclosed in the ’303 patent:

Even without construing the claims to determine the precise parameters of the encoding scheme, the Court notes that the specific image encoding process likely can be performed entirely within the human mind or with pen and paper. So long as the individual is provided the specific input variables — here, the facial feature element codes and code factors — she can apply the “multiplication operation” on the facial code until she can derive a composite image. When another individual is provided this same [composite] facial image code, he could perform the multiplication operation backward to derive the same composite image.

Judge Jones then turned to the second step for patent-eligibility under Alice, which is to determine if the claim recited additional elements that amount to “significantly more” than the judicial exception. Ignoring what he concluded were conventional elements, Judge Jones found that the claims recited no inventive concept sufficient to transform the abstract idea into a patent-eligible invention. Here, again, the judge appeared swayed by the simplicity of ’303 patent algorithm: “[T]he step of deriving a composite image code by performing at least one 'multiplication operation' claim in each of the ’303 Patent's independent claims cannot, standing alone, be an ‘inventive concept.’”

Having found that the patent failed the test for patent eligibility under Alice, Judge Jones also analyzed its claims under the machine-or-transformation test of In re Bilski, noting that test serves as “‘usefulness and import clue’ in determining subject matter eligibility.” Recognicorp advanced no argument on the machine prong of that test, and the judge accordingly focused solely on its transformation prong. The claims failed that test, Judge Jones found, stating that they did not require transformation of “electronic signals representative of any physical object or substance [and, instead] do no more than simply manipulate existing data using a mathematical formula, which is not enough.” The judge was apparently influenced in this regard by the fact that the calculations required by the ’303 patent claims involved facial feature images from a database, not necessarily have those of actual people.

While it remains to be seen if Recognicorp will be appealed and, if so, how the Federal Circuit might rule, the case provides a further example of how preliminary motions are being used to dispose of patent cases at an early stage, before trial or even claim construction. Recognicorp also provides an example of how software claims — particularly, those directed to seemingly simplistic technologies — are particularly susceptible to subject matter eligibility challenges under 35 U.S.C. § 101 in view of the Supreme Court’s 2014 Alice decision.