Ninth Circuit: Fair Use Diligence is Precondition to DMCA Takedowns
By Patrick J. Concannon on 09.17.2015
Posted in Copyright, Litigation, Rules and Regulations 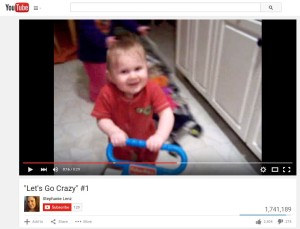 The U.S. Court of Appeals for the Ninth Circuit this week issued a decision with implications for owners of music and audiovisual works. The court ruled that copyright owners first must assess whether a use of their content is in fact lawful “fair use” before sending a takedown notification under the Digital Millennium Copyright Act (DMCA). Considering fair use involves a balancing of subjective factors, this newly-clarified requirement may make it logistically more difficult and time consuming for content owners to evaluate whether a use of their content discovered online qualify for takedown notices.

The DMCA’s “safe harbor” provisions (codified in Section 512 of the Copyright Act) shields qualifying “online service providers” who allow others to post content from monetary liability. YouTube, which does not exercise editorial control over videos posted by its users, is a classic example of the type of online service that benefits from the safe harbor. But for these safe harbor provisions, YouTube would probably struggle to stay in business.

To qualify for the safe harbor, a service provider first must designate a copyright agent (which requires the submission of a form and payment of a fee to the Copyright Office) and provide written notice about and adhere to a procedure mandated under Sec. 512 for responding to “takedown” demands from copyright owners. There are checks and balances built into the process intended to curb copyright owners from overreaching. These include a requirement in Copyright Act Section 512(c)(3)(A)(v) that a copyright owner’s takedown notice include a “statement that the complaining party has a good faith belief that the use of the material in the manner complained of is not authorized by the copyright owner, its agent, or the law.” There are potential consequences for moving forward without a good faith belief—Section 512(f) provides that “Any person who knowingly misrepresents under this section-(1) that material or activity is infringing . . . shall be liable for any damages, including costs and attorneys’ fees, incurred by the alleged infringer . . .”

The facts underlying the decision are simple. Stephanie Lenz recorded a home movie of her toddler dancing to Prince’s “Let’s Go Crazy.” Universal Music was representing Prince at the time, and employed a paralegal to regularly scour YouTube for infringing uses of Prince’s music for purposes of sending DMCA takedown notices where merited. The authors observe that the song, which can be heard during 20 of the movie’s 29 seconds, is relatively faint-sounding, functioning as background music for the toddler’s head-bobbing antics. The audio quality and overall production quality of Lenz’s movie was such that the movie obviously was not threatening in terms of impacting the market for Prince’s song. Most would agree that the context of the usage was such that, even though the song was audible, it was non-infringing.

Universal sent a takedown notice to YouTube based upon the paralegal’s conclusion that the use of the song was infringing.  The notice listed some 200 videos, including Lenz’s “Let’s Go Crazy” video, and contained the required “good faith belief” as to the unlawfulness statement discussed above. Lenz in turn requested that the video be restored and, with the assistance of the Electronic Frontier Foundation as pro bono counsel, filed suit in the U.S. District Court for the Northern District of California alleging misrepresentation under Section 512(f). The parties filed cross-motions for summary judgment, which were each denied, resulting in the appeal.

Universal argued on appeal that while its procedures for reviewing others’ use of its content online in making takedown notice determinations did not explicitly call for a fair use analysis, the review was tantamount to a consideration of fair use. The appeals court took the position, however, that whether the review sufficiently took into account fair use was a question for a jury.

Universal also argued that otherwise infringing uses that are ultimately deemed lawful as “fair use” are not “authorized by the law,” but instead constitute impermissible conduct that is excused only after the fact by fair use as an affirmative defense. The court disagreed, citing Supreme Court precedent in Sony Corp. of Am. V. Universal City Studios, Inc. that fair use is a defense that establishes that the conduct was non-infringing in the first place, and is not an affirmative defense that excuses infringing conduct. As a consequence, under Lenz, a copyright owner like Universal needs to consider not just whether an online audiovisual posting that includes its copyrighted content is unauthorized, but must also consider whether the use qualifies as non-infringing fair use.

The next question the appeals court considered is whether Universal really had the subjective good faith belief that the dancing toddler video was infringing. The court observed that the statute includes no “reasonableness” standard—it merely requires inquiry as to the copyright owner’s subjective belief. The court also pointed out that there need not be an investigation into whether the given use is a fair use. The copyright owner merely needs to form, in the course of its review, a subjective good faith belief that the accused use is not a fair use. The court observed that content owners have adopted the practice of using algorithms to search for infringing content, and did not speak unfavorably about the practice provided that the algorithmic analysis is used to identify more obvious infringements (e.g., where the video and audio tracks of the unauthorized online posting match those of the original work) and that human review is employed for the “minimal remaining content a computer program does not cull.”

A more detailed review as to whether the content might, after all, qualify as non-infringing “fair use” involves a more subjective, fact intensive and time-consuming inquiry. Music publishing companies, movie studios, and other significant content owners send dozens and even hundreds of takedown notifications each day. Under Lenz, the costs and practical challenges associated with spending more time vetting potentially infringing content with the nebulous concept of fair use in mind may add up.

The Ninth Circuit in its decision acknowledged the practical burden that such a requirement will place on copyright owners, yet ruled based upon its plain reading of the law that fair use is use “authorized by the law” and must be taken into account by copyright owners when sending DMCA takedown notices.