It’s Never Too Late to File an Inventorship Dispute
04.25.2016
Posted in Litigation, Patents, Rules and Regulations 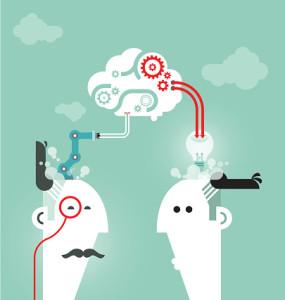 Earlier this month, the Federal Circuit revisited the issue of inventorship disputes and iterated in a nonprecedential opinion that proving nonjoinder of inventors in an issued patent is a difficult threshold for a challenger to meet. In doing so, the Federal Circuit affirmed the district court holding that the challenge to correct inventorship of two issued patents was not supported by evidence that rose to the “clear and convincing” standard required to prevail on a 35 U.S.C. § 256 claim.

In Meng v. Chu, the two patents at issue, U.S. Patent No. 7,709,418 (the ’418 patent) and U.S. Patent No. 7,056,866 (the ’866 patent), which relate to superconducting compounds with transition temperatures higher than the boiling point of liquid nitrogen, were filed in the late 1980s and issued in 2006 and 2010, respectively. The challenge to the patents’ inventorship came from Pei-Herng Hor, a graduate student and post-doctoral fellow, and Ruling Meng, an independent materials scientist, both of whom worked at the lab around the time of conception.

35 U.S.C. § 256 provides for correction of inventorship on an issued patent. To prevail on a 35 U.S.C. § 256 claim, an alleged co-inventor must show that he contributed to the conception of the claimed invention and that his contribution was “not insignificant in quality, when that contribution is measured against the dimension of the full invention.”

In assessing Hor’s claim to inventorship of the ’866 patent and Meng’s claim to inventorship of both patents, the Federal Circuit weighed the evidence presented to determine whether it was clear and convincing. The Federal Circuit found that Hor did not provide clear and convincing evidence of his contribution to conception because Meng’s testimony, lab records, and other circumstantial evidence, such as receiving proceeds from licensing the technology and Hor’s authorship on a related publication, were not sufficient to meet the required burden. Similarly, the Federal Circuit ruled against Meng, finding that Meng’s contention that she worked independently to develop the reactions that ultimately led to the creation of the superconducting compounds did not suffice to prove inventorship. Specifically, the Federal Circuit found that Meng’s evidence of her use of the reaction method to make the compounds in question does not go beyond the level of ordinary skill in the art.

Even though the passage of the Leahy-Smith America Invents Act (AIA) has allowed patent owners to file for patent protection on their own, the AIA did not divest inventors’ ownership rights in patents on which they are named. While the law in its current state will allow inventorship disputes to persist for the foreseeable future, alleged co-inventors must remember that any challenge to correct inventorship requires evidence that rises to the “clear and convincing” standard of proof. The difficulty in overcoming this “heavy” burden continues to provide sufficient incentive for co-inventors to try and resolve inventorship disputes prior to issuance of the patent in question.