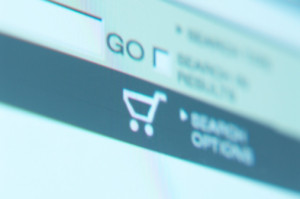 The doctrine of “initial interest confusion,” scorned by many legal commentators and rejected by numerous courts, is alive and well in the Ninth Circuit, as evidenced by its recent usage by a watch manufacturer to overcome a summary judgment motion by online retailer Amazon. The initial interest confusion doctrine holds that a defendant can be deemed liable where a plaintiff can demonstrate that consumers are likely to be confused by a defendant’s conduct at the time of the consumers’ initial interest in a product or service, even if that initial confusion is corrected prior to an actual purchase. The doctrine is prevalent in so-called “keywords” cases in which one company pays the proprietor of an Internet search engine (e.g., Google) to prominently display the paying company’s website(s) in Internet searches conducted by consumers that include keywords such as a competitor’s company name or products. Alternatively, in the present case, the proprietor of the searchable website uses particular keywords associated with one company or product to drive consumer traffic to a similar product offering.

MTM brought suit before the U.S. District Court for the Central District of California claiming that Amazon’s presentation of competitive products under the above circumstances is likely to cause confusion that the competitors listed in the Amazon search results are affiliated with MTM, and that confused consumers would click on the links to competitive product summaries and ultimately purchase a competitive product, thus diverting sales from MTM. The district court rejected MTM’s position, granting Amazon’s summary judgment motion. MTM then appealed to the Court of Appeals for the Ninth Circuit.

The Court of Appeals acknowledged that the competitive product search results wording was not confusing, but disagreed with the lower court’s determination that a jury would not reasonably find likelihood of confusion when considering the totality of the circumstances when viewed in a light most favorable to non-moving party MTM. The Court of Appeals was clearly influenced by the fact that Amazon might—but does not—easily dispel confusion by indicating at the top of the search results a statement that it does not carry the sought after goods, as do similar retailers Buy.com (now Rakuten.com) and Overstock.com.

The dissenting opinion bluntly stated, “[i]t is possible that some dolt somewhere might be confused by the search results page,” but pointed out that the Ninth Circuit standard for consumer sophistication for keyword-type cases, set forth by the Network Automation decision, holds that “[u]nreasonable, imprudent and inexperienced web-shoppers are not relevant.”

In this author’s view, the reasoning in the dissenting opinion should have carried the day. The initial interest confusion doctrine seeks to remedy harm that is something other than trademark infringement, a type of harm that should be redressed, if at all, under some species of unfair competition law. To the extent that the initial confusion doctrine continues to be recognized in some corners as an actionable subset of likelihood of confusion, it needs to be applied in a way that recognizes that typical online consumers are not easily duped.

Certainly a takeaway from this decision for an online retailer—even one that does not agree with the application of the initial interest confusion doctrine in this decision—is that the prudent approach to use where consumers search for products that it does not carry or does not have in stock would be to post an explicit message to that effect, which can be accompanied by listings of alternative products.

Tags: Use of Trademarks