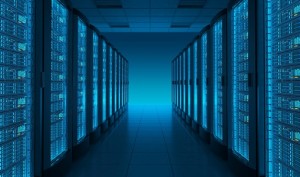 In a decision likely to be lauded by patent applicants and owners, the Federal Circuit recently issued an opinion that affirms its staunch position that the bar to prove a patent owner made a disclaimer that impacts the claim scope is high. The opinion provides some useful quotes that prosecutors and litigators representing applicants and owners will likely be interested in calling upon when presenting argument against assertions that a previously taken position amounts to a disclaimer or disavowal by the applicant/owner.

In Avid Tech., Inc. v. Harmonic, Inc., a jury verdict out of the District of Delaware was vacated and an order to conduct a new trial on infringement was issued by the Federal Circuit. The Federal Circuit determined that the construction of a claim term was too narrow after the District Court improperly weighed the impact of arguments made on behalf of the patent owner during prosecution of the issued patent.

Two patents owned by Avid Technology, Inc. (Avid) and asserted against Harmonic, Inc. (Harmonic) were at issue in the case—U.S. Patent No. 6,760,808 and U.S. Patent No. 7,487,309. Both patents relate to data storage systems that allow users to store and retrieve large files by breaking the files into smaller “segments” and then saving duplicate copies of those “segments” across various “individual storage units” so that each segment is stored on two individual storage units. The claimed systems also include a central controller that performs various facilitative functions, and a client application, which reads data from and writes data to the individual storage units.

The claim construction of the term “independent storage unit” supplied to the jury was based on statements the patent owner Avid Technologies made during prosecution. In particular, the term was defined as “storage units which are not centrally controlled and whose memory addresses are not globally allocated” and that “systems with independent storage units cannot use a central controller to access data, and, in particular, cannot use a central controller that identifies the storage unit on which data is stored in response to client requests.” (Emphasis added by Federal Circuit opinion).

There were two passages during prosecution that led to the claim construction of “independent storage unit”:

[T]he claimed system, by virtue of the “independent”

from one of the client systems for a segment of a file.”

Clients do not issue requests to a central controller that in

turn identifies storage units that store the data and issues

In Boll [the prior art reference], a client asks a centralized

interface 24 to provide access to a server and receives from

this interface an identity or connection data for a server to

which the client is assigned. The client then performs its

transactions with the assigned server. In contrast, the

present invention relates to a distributed storage system in

which data for a file is distributed among multiple

to a server through a centralized interface for its transaction in

[sic] contrary to the claim limitations noted above.

With respect to the first passage, the court found that the language on its face does not exclude a central controller that performs only one or the other of the two stated functions, i.e., “identifies storage units that store the data” and “issues requests to storage units.” Even under an interpretation favorable to Harmonic, the court indicated that any alleged disclaimer was not done clearly, and thus could not amount to a disclaimer.

With respect to the second passage, the court found that the district court read more into the passage than was clearly there when arriving at the claim interpretation, again noting the “high standard for finding a disclaimer.” Elsewhere in the opinion, the Federal Circuit refers to there being a “demanding standard for finding a disclaimer,” and states that “[w]hen the prosecution history is used solely to support a conclusion of patentee disclaimer, the standard for justifying the conclusion is a high one.” Citations to support these inclusions include references to a disavowing action needing to be “clear and unmistakable,” as indicated in Omega Eng’g, Inc. v. Raytek Corp., and that no disavowal can be found when it is ambiguous or even “amendable to multiple reasonable interpretations,” as indicated in Cordis Corp. v. Medtronic AVE, Inc.

While the Avid Tech. decision does not break ground on any new legal developments, it is a good reminder to patent applicants and owners of the high threshold that must be met to determine statements made during prosecution amount to a disclaimer or disavowal. Nevertheless, it is generally good practice to be cautious whenever characterizing a prior art reference to not leave open to interpretation that a disclaimer was made. Practitioners should avoid making definitive statements that could be construed as a disclaimer, even if the case law is patent-friendly in this context.