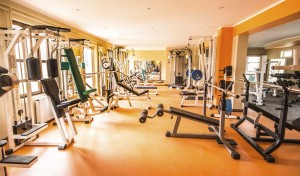 In a decision dismissing plaintiffs’ claims of service mark infringement, the District of Massachusetts held that the plaintiffs’ transfer of “goodwill” in an asset purchase agreement also transferred plaintiffs’ rights to their service marks. In Pereyra and City Fitness Group, LLC v. Sedky, et al. (No. 15-cv-12854, 2015 WL 7854061, December 3, 2015) plaintiffs City Fitness and its sole owner, Roberto Pereyra, alleged that defendants unlawfully used City Fitness’s service marks after the parties executed an Asset Purchase Agreement (APA) that did not explicitly transfer the service marks to the defendants. Pereyra and City Fitness negotiated the APA with the defendants for the sale of City Fitness’s three Eastern Massachusetts health clubs, as well as the company’s assets. City Fitness operated its health clubs under the trade name “Leap Fitness” and registered two service marks under that name. The Leap Fitness marks appeared on the company’s signage, letterhead, business cards, t-shirts and its website. Defendants continued to use the marks for identification, marketing and promotional purposes after the deal with City Fitness.

Plaintiffs alleged that because the Leap Fitness service marks were not explicitly enumerated in the APA, they were not subject to transfer and therefore, defendants had no right to use them.  Defendants contended the APA included all assets owned by City Fitness, including goodwill and any associated trademarks or service marks, based on the presumption that the sale of a business includes all applicable trademarks.

The court examined the APA’s transfer of “goodwill” and its effect on the transfer of service mark rights. It noted that a trade or service mark has no independent significance apart from the goodwill that it symbolizes and that when a business is sold, trademarks and the goodwill of the business that they symbolize are presumed to pass with the sale of the business. After closely reviewing the other provisions of the APA, the court determined that Pereyra and City Fitness did not intend to retain any goodwill or to continue to operate any segment of their business after the asset purchase. It also found that the APA’s language was clear – the assets transferred included “any and all assets used in the business.” The fact that the agreement enumerated only some of those assets in express terms did not narrow the scope of the transaction.

Although the APA did not explicitly mention service marks or trademarks among the assets to be transferred, the court held that the agreement expressed a clear intent to transfer all assets used in the business and all of the plaintiffs’ goodwill. The court presumed that the Leap Fitness service marks passed to the defendants “as an important part of the business and its goodwill” and dismissed plaintiffs’ claim for service mark infringement under the Lanham Act.