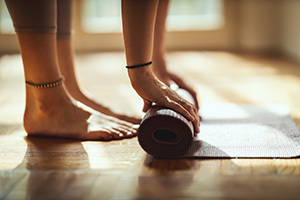 According to the lease, the unsuccessful party in a litigation over lease performance obligations would have to pay “all reasonable fees and expenses incurred by [the] successful party in connection with obtaining such final order, decree or judgment.” lululemon claimed that it was entitled to recover fees and expenses. Judge Salinger disagreed, pointing out that lululemon failed to show that “any part of its defense efforts, including its unsuccessful motion to dismiss the action, had any causal connection to CWB’s voluntary dismissal.”

Had provided that “the successful party could recover any fees and expenses [incurred] ‘in connection with the litigation,’” Judge Salinger observed, the outcome would have been different. But the lease’s language was narrower than that. Thus, despite CWB’s dismissal of the litigation, Judge Salinger denied lululemon’s motion for fees.