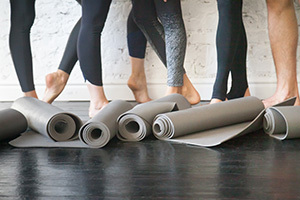 In CWB Retail Limited Partnership v. Lululemon USA, Inc., lululemon moved to dismiss a summary-process action brought by its landlord, CWB Retail Limited Partnership. CWB sought to evict lululemon after CWB sent three notices of default. The notices alleged that lululemon was unlawfully storing goods in a corridor leading to an emergency exit. lululemon moved to dismiss the action on three grounds: (1) the notices of default were ineffective because they were sent to the wrong address; (2) the notices were inadequate because they did not specify what code provision lululemon had violated; and (3) the claimed defaults were not serious enough to warrant forfeiture of the lease. Judge Salinger denied the motion.

First, Judge Salinger found that the notices were not inadequate as a matter of law because sending the notices of default to a specific address was not a condition precedent for terminating the lease. Although lululemon had executed a lease amendment updating its address, all three notices were sent to lululemon’s old address. The notice letters, however, were also sent to certain lululemon representatives via email and delivered in-hand to the store manager.

Notices Did Not Cite Specific Law

Second, Judge Salinger ruled that the notices did not need to cite a specific law because the lease imposed no such requirement and because the written notices informed lululemon of the nature of the alleged breach and how to cure the problem. Judge Salinger stated that “the Court may not read into the contract a provision that was not adopted by the parties” and rejected lululemon’s reliance on two New York cases for its argument that a law must be cited because the lease was governed by Massachusetts law, not New York law.

Third, Judge Salinger ruled that he could not resolve whether lululemon’s alleged breaches were serious enough to warrant forfeiture of the lease at the motion-to-dismiss stage. Under Massachusetts law, “a tenant may seek equitable relief against forfeiture of a lease – and thus against eviction in a summary process proceeding – even if the tenant is in breach and the lease by its terms allows the landlord to terminate the tenancy.” Such relief is “generally appropriate only where the tenant’s breach was ‘insignificant or accidental.’” Judge Salinger indicated that, based on the face of the complaint and the default notices alone, he could not determine whether lululemon’s alleged violations were insignificant or accidental.