Non-Compete Legislation Update: Why Choices of Law and Forum are a Big Deal
By Christopher H. Lindstrom on 11.08.2017
Posted in Legislation, Massachusetts, Non-Competition 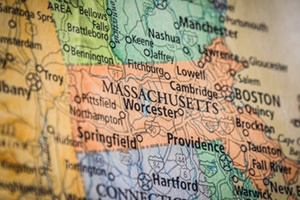 On October 31, 2017, the Joint Committee on Workforce and Development once again held a hearing to discuss the possibility of legislative changes to Massachusetts non-competition and trade secrets laws. There were several bills up for discussion. One significant provision in most of the bills that is not receiving as much attention as it perhaps should is a requirement that any lawsuit to enforce a non-competition agreement as to a Massachusetts resident be brought in a Massachusetts court. Such a constraint would have a profound effect on the application of non-compete laws, and in particular, on out-of-state corporations. Where potential large-scale employer companies such as Amazon are considering expanding their presence in the Commonwealth’s flourishing market, such a drastic change in Massachusetts law could loom large.

Specifically, many of the bills have some variation of this language: “All civil actions relating to employee noncompetition agreements or subject to this section shall be brought in the county where the employee resides or in Suffolk County.” https://malegislature.gov/Bills/190/H2371. Some of the proposed bills would even require that the court apply Massachusetts law. https://malegislature.gov/Bills/190/H2366/Bills/Joint.

Companies with employees across the country prefer to have uniform enforcement of their non-compete agreements. This is why most nationwide companies have a choice of law provision in their agreements, typically selecting the law of the state of their headquarters. This brings consistency both to the company and to its employees, who will know what the non-compete means regardless of the states in which they reside. But, a legislative requirement that an action be brought in Massachusetts and that Massachusetts law must apply in that case could mean that a company based in Texas will have to alter its non-compete agreements for Massachusetts employees. Concerns over such inconsistency may discourage employers from entering the Massachusetts market in the first place.

Currently, Massachusetts courts generally will enforce a company’s choice-of-forum or choice-of-law clause. In FTI, LLC v. Duffy, No. 1684CV03176-BLS2, 2017 WL 3251514 (Mass. Sup. Ct. May 4, 2017), the Massachusetts Superior Court recently denied defendant employees’ motions to stay (based on a first-filed suit in California) and to dismiss for lack of personal jurisdiction, and enforced the employer’s choice of law clause in a non-compete case. The court rejected the argument that the case should be heard in California because the employees’ new employer was located in California and evidence showed that the employees were likely working in or reporting to a California office. The court reasoned that the plaintiff employer was based in Massachusetts, and the defendants challenging jurisdiction had sufficient ties to Massachusetts such that the case could be heard here. The court also applied Maryland law as the parties had agreed to in the agreement.

In contrast, in Oxford Global Resources, LLC v. Hernandez, No. 1684CV03911-BLS2, 2017 WL 2623137 (Mass. Sup. Ct. June 9, 2017), the Massachusetts Superior Court found the choice-of-law and forum selection clauses contained in a Massachusetts company’s non-compete agreement invalid, holding that the case should be heard in California under California law instead. The court found both the choice-of-law clause and the forum selection provision to be unenforceable because the defendant employee was a longtime resident of California and his employment with Oxford took place wholly within California. The court found it unreasonable to bar the employee from activities that were legal in the state of California solely due to a combined forum selection clause and choice-of-law provision. Thus, the court concluded that California was the appropriate forum for the litigation.

These cases demonstrate that deference to an employer’s choices of forum and law depends on the particular circumstances. Because enforceability of non-competes varies so widely from state to state, the choice-of-law and forum selection analysis is often wholly determinative of the ultimate outcome of a non-compete case. A legislative mandate that every non-compete impacting a Massachusetts resident must be brought in Massachusetts would have a significant impact.