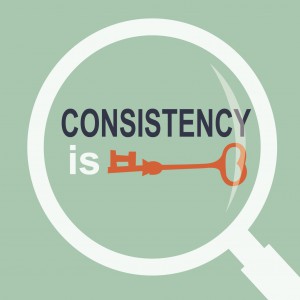 A recent decision from a Wisconsin state court serves as a cautionary tale for employers that do not routinely impose or enforce non-compete restrictions consistent with the employee’s role and potential to harm the business.

In Kohl’s Department Stores Inc. v. Janet Schalk, 2015CV001465 (Wis. Cir. Ct. Aug. 11, 2015), Judge Robert Mawdsley denied Kohl’s request for an injunction preventing its Chief Information Officer, Janet Schalk, from joining Hudson’s Bay Company partly on the grounds that Schalk’s non-compete was overly restrictive in light of Schalk’s role in comparison with the non-competes of other employees.  Kohl’s, relying upon its non-compete contract with Schalk barring her from working in a similar position with a competitive retailer for one year, argued that Schalk should be barred from joining Hudson’s Bay, a Canadian department store company, because Schalk “has the playbook, the crown jewels, our entire strategy in her hands.” Schalk argued that the non-compete was too broad and that Hudson’s Bay was not a competitor given its high-end retailing–featuring Saks Fifth Avenue and Lord & Taylor–compared to Kohl’s mid-tier status. Schalk also contended that Kohl’s overstated her role and knowledge of the company’s strategy.

Judge Mawdsley ultimately refused to enforce Schalk’s non-compete, partly because it was more restrictive than the non-competes Kohl’s required of more senior managers, including even the CEO who the court found to have much greater access to highly sensitive strategy information. Holding that Kohl’s did not demonstrate a substantial likelihood that Schalk’s move to Hudson’s Bay would harm the company, the court noted that Kohl’s had failed to show why Schalk should be treated differently from other executives, particularly given her role.  Judge Mawdsley explained, “If Ms. Schalk made (Hudson’s Bay’s) IT platform, etc., better, I don’t see how that harms Kohl’s.” The court also did not view Kohl’s and Hudson’s Bay as competitors given Kohl’s and Hudson’s Bay differing clienteles.

The need to impose and enforce post-employment restrictions consistently across employees is nothing new. In Estee Lauder Companies, Inc. v. Batra, 430 F. Supp. 2d 158 (S.D.N.Y. 2006), the District Court for the Southern District of New York refused to uphold a year-long non-compete agreement, as written, because the high-level executive successfully established that Estee Lauder routinely permitted shorter post-separation restraints for departing executives. Given Estee Lauder’s “general practice” of not enforcing other executives’ non-compete agreements for the entire year, and its prior offer to shorten the defendant’s agreement to four months, the court held that only a five-month restriction on employment was necessary to protect the company’s interests.