Another Year of Possible Non-Compete Reform in Massachusetts
05.14.2018
Posted in Legislation, Massachusetts, Non-compete 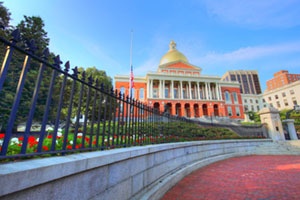 Over the past few years, we have reported on the Massachusetts Legislature’s unsuccessful attempts to alter non-compete law in the Commonwealth. In 2016, the Legislature was tantalizingly close to passing legislation before adjourning in July without reaching a compromise, and no fewer than six non-compete bills were introduced in 2017.

This year, on April 17, 2018, the Joint Committee on Labor and Workforce Development submitted a new bill, House Bill 4419, in place of the prior bills.

Significant points of H.B. 4419 include the following:

Likely the most contested issue in the competing non-compete bills filed last year—variations of so-called “garden leave” requirements appeared in three of the six bills—H.B. 4419 requires “garden leave” payments or “other mutually-agreed upon consideration” to an employee. If an employer opts for garden leave payments, they must be 50 percent of the employee’s salary over the last two years of employment on a pro rata basis over the entirety of the restricted period.

The language of garden leave provisions were a sticking point in prior bills, and H.B. 4419 will likely be no different.

If enacted, H.B. 4419 would alter current Massachusetts non-compete law, but not as drastically as prior non-compete bills:

Given the long history of attempted non-compete reform in Massachusetts, we are not holding our breath that H.B. 4419 makes it out of the Legislature by the July 31, 2018 deadline. If enacted, however, employers will have a lot of work to do on non-competes that will be entered into after the bill’s October 1, 2018 effective date.