Twombly and Iqbal Survive a Rampage
02.08.2017
Posted in Litigation, Patents 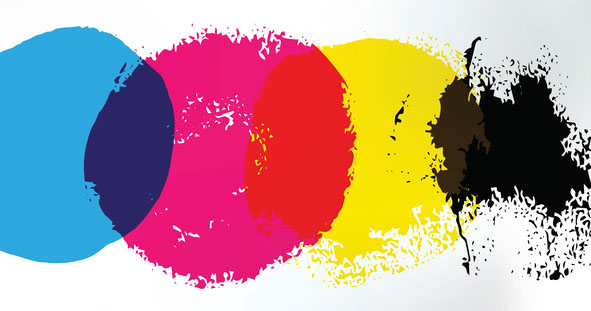 The District of Massachusetts recently grappled with the proper analytical standard when faced with a Fed. R. Civ. P. 12(b)(6) motion to dismiss in a patent infringement case. Judge Burroughs held that the familiar Twombly/Iqbal framework applied.

Rampage owns U.S. Patent No. 9,053,410 (the ‘410 patent), which has a somewhat cumbersome title, but discloses a “new system for distributing ink from inkjet printing presses.” More specifically, the ‘410 patent purports to resolve what’s known as the “Screening Problem” in inkjet printing. That is, tiny inconsistencies in the traditional inkjet process occasionally result in imperfections that are visible to the naked eye, and the ‘410 patent offers tech to solve the problem.

Rampage believes that Global Graphics sent the Harlequin to someone, though it is unsure whom—hence “John Doe.” Count I is animated by John Doe’s alleged testing, use of, or research regarding the Harlequin’s accused process. Counts II and III are supported by Rampage’s claim that Global Graphics sent John Doe the accused product despite its knowledge of the ‘410 patent. Global Graphics moved to dismiss the complaint on the basis that Rampage’s assertions were too speculative to state a plausible claim for relief.

Rampage and Global Graphics sparred over the proper standard. Rampage contended that its complaint should be assessed under the more lenient Form 18 to the Appendix of Forms to the Federal Rules of Civil Procedure. Form 18 was a template for patent infringement complaints with only minimal requirements.[1] Global Graphics argued that the more exacting standard under Bell Atlantic Corp. v. Twombly, 550 U.S. 544 (2007) and Ashcroft v. Iqbal, 556 U.S. 662 (2009) should apply to this infringement case.

The court explained that on December 1, 2015, amendments to the Federal Rules struck Rule 84 and the Appendix of Forms, including Form 18. But the Advisory Committee also said then that this shift “does not alter existing pleading standards or otherwise change the requirements of Civil Rule 8.”

Rampage relied on a few post-amendment cases that applied Form 18, but the court was unconvinced; in each case the complaint had been filed before the rules changed. So, after reaching its conclusion, the court re-stated the Twombly/Iqbal requirements that a complaint must state a “claim for relief that is plausible on its face,” offer “more than a sheer possibility that a defendant has acted unlawfully,” and provide “more than labels and conclusions, and a formulaic recitation of the elements of a cause of action . . . .”

The court dismissed count 1 (direct infringement against John Doe). Global Graphics contended that Rampage’s claim was insufficient because it was merely speculating that someone, somewhere was using the Harlequin’s multi-level screening process. The court agreed because there was nothing in the complaint or two proffered Global Graphics publications that suggested any actual use or testing of the Harlequin.

But the pleading standards for counts II and III (indirect and contributory infringement) are more relaxed than those for direct infringement, and they survived. Global Graphics argued that the facts asserted in support of these claims were too speculative, but the court held that all of the counts’ required elements were sufficiently pled under Twombly/Iqbal.

This case serves as yet another district court’s rebuke to the old Form 18, and a reminder to litigators on both sides of infringement actions that complaints should be scrutinized under the more rigorous Twombly/Iqbal framework.