PTAB Panel Finds Tribal Immunity is Not a Barrier to IPR
By Micah W. Miller on 03.09.2018
Posted in Patents, Post Grant Review 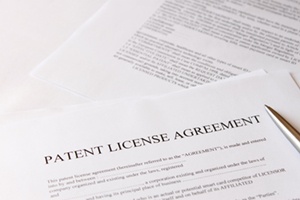 In a case that has received significant attention over the past several months, a United States Patent Trial and Appeal Board (PTAB) panel recently concluded that the Saint Regis Mohawk Tribe’s claim of tribal immunity did not prevent the PTAB from reviewing patents held by the Tribe. As an alternative basis for proceeding with the review, the panel found that, despite the assignment to the Saint Regis Mohawk Tribe, the Tribe was not essential to the proceedings because the original patent owner, Allergan, effectively still owned the patents.

This case began when Mylan Pharmaceuticals filed several IPR petitions for Allergan’s patents related to its drug Restasis, which helps combat Chronic Dry Eye disease. The PTAB panel instituted the IPRs, and Allergan participated, including by filing Patent Owner Responses. Allergan then assigned the patents to the Saint Regis Mohawk Tribe, with the Tribe providing a license back to Allergan. A few days before the oral hearing, the Tribe informed the panel that it had acquired the patents and asked for permission to file a motion to dismiss the IPRs based on the Tribe’s sovereign immunity. The panel stayed the proceedings to consider the immunity issue.

In the lengthy opinion, the PTAB panel first decided that tribal immunity did not bar the IPRs. The panel concluded that existing case law concerning state sovereign immunity, which insulated the University of Florida from IPR challenges, did not apply to tribal immunity. Further, the panel held that none of the limited situations that would except the Tribe from application of a generally applicable federal statute applied in the context of IPR.

Separately, the panel concluded that the IPRs could proceed, regardless of whether tribal immunity applied, because Allergan was still effectively the owner of the patents. The panel observed that Allergan had the exclusive right to exploit, sue for infringement, and sublicense for all FDA-approved uses of the patented inventions. Because this covered all commercially meaningful uses of the inventions, the panel found the tribe did not have any substantial rights concerning practicing the inventions, enforcement, or sublicensing. The panel also observed that the Tribe had no right to receive a portion of the proceeds from any of Allergan’s litigation or licensing. Further, the Tribe had no reversionary rights and could not freely assign its interests in the patents. Taking these factors together, the panel concluded Allergan held all substantial rights in the patents, and therefore the reviews could proceed with Allergan as the owner.

With this decision, the IPRs can move forward. But, the panel’s decision might not be the final word on this issue as the Tribe will likely appeal.

Additionally, the decision shows how important it is to consider the commercial reality of agreements. When analyzing the agreements in this case to determine which party held all substantial rights, the panel readily ignored as “illusory” the rights of the Tribe that in practice had no commercial value. Thus, in an attempt to avoid the conclusion that a party other than the intended assignee holds all substantial rights in a patent, parties may want to ensure the assignee retains at least some commercially meaningful rights. For example, agreements may provide some financial incentive to the assignee based on litigation and licensing or may provide reversionary rights to the assignee to demonstrate an exchange of rights is not merely illusory.