Ninth Circuit Reverses Itself, Slouching Away from “Initial Interest Confusion” Doctrine
By Patrick J. Concannon on 10.29.2015
Posted in Trademarks 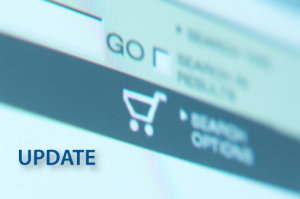 Over the summer we analyzed a decision by the Court of Appeals for the Ninth Circuit that denied Amazon.com, Inc.’s (Amazon) motion for summary judgment as to watchmaker Multi Time Machine, Inc.’s (MTM) claims that Amazon’s use of MTM’s trademarks as keywords at amazon.com was infringing. The Ninth Circuit has now taken the unusual step of revisiting and vacating its July decision, upholding the federal district court’s grant of summary judgment in favor of Amazon.

Two judges out of a three-judge appeals panel that rendered the July decision took the position that MTM’s claims presented a question of fact that should be considered and decided by a jury, and not disposed of at the summary judgment stage. That decision raised eyebrows, potentially breathing life into the prospects for otherwise roundly defeated keyword usage-based trademark infringement claims and providing an unexpected shot in the arm for reliance on the widely-criticized “initial interest confusion” doctrine for demonstrating likelihood of confusion.

A brief summary of the facts: A consumer searching at Amazon’s website through the Amazon site search box using MTM’s wrist watch trademark “MTM special ops” encounters a results page that includes “MTM Special Ops” in the search box, the phrase “MTM Special Ops” again in quotations beneath the search box, and the wording “Related Searches: mtm special ops watch.” The products listed among the results are watches sold by MTM’s competitors (such as Luminox) with similar functionality. Amazon does not sell MTM watches, and there is no notification that Amazon does not sell MTM watches. The website visitor might infer, however, that the MTM watches are not available via amazon.com based upon the lack of results specific to MTM watches.

Is Amazon’s practice an infringing use of the MTM mark? The earlier Ninth Circuit panel answered “maybe” in denying summary judgment; an answer driven in part by the two-judge majority’s concern that Amazon failed to display a message with the search results that indicated that it does not sell the product entered into the search field.

On October 21st the court withdrew the earlier decision, however, and replaced it with a decision upholding the district court’s grant of summary judgment in favor of Amazon. The two-judge majority of the new appeals panel concluded that Amazon labeled the search results for its competing products clearly enough such that no reasonably prudent consumer accustomed to shopping online would be confused that the products listed in the results emanate from MTM or that MTM is affiliated with or sponsors Amazon. The court also cited the costliness of the watches as a basis for finding no likelihood of confusion because the high cost would cause consumers to exercise a relatively high degree of care when making their purchases.

Judge Carlos Bea, who was part of the majority in the initial decision but is now the lone dissenter defending that earlier decision, took the majority to task for reading into the Lanham Act a requirement that confusion must be likely “at the point of sale.”  Judge Bea reasoned that the mere act of diverting consumers searching for Product A to Product B—even if the consumers recognize that they are seeing information about Product B and that they are not purchasing Product A—amounts to trading upon the owner of Product A’s trademark rights in a manner actionable under the Lanham Act.

One might argue that Judge Bea’s dissenting position fails to take into account the reality that online shoppers are accustomed to entering product names as keywords in searches at various websites, and to those search results including references to products that compete with the searched-for products. Online consumers tend to review product listings generated by such searching skeptically and carefully.