New USPTO P3 Program for After Final Office Actions Is Useful Hybrid of Pre-Appeal and AFCP Programs
08.09.2016
Posted in Patents, Rules and Regulations 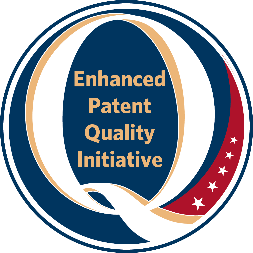 The Post-Prosecution Pilot Program, dubbed “P3” by the United States Patent and Trademark Office (USPTO), offers applicants a new, and arguably improved, path through the after-final landscape. P3 provides applicants the opportunity to orally present proposed amendments or arguments to a panel of examiners after a final rejection has been issued but before filing a notice of appeal. As the USPTO’s latest rollout under the Enhanced Patent Quality Initiative, P3 incorporates effective features of the existing Pre-Appeal Brief Conference Pilot program (Pre-Appeal) and the After Final Consideration Pilot 2.0 program (AFCP). Applicants should consider taking advantage of this no-fee program to make their case for allowance, propose non-broadening amendments, and receive feedback from a larger pool of examiners prior to filling a notice of appeal or Request for Continued Examination (RCE).

P3 is open to non-provisional utility patents filed under 35 U.S.C. § 111(a) or 35 U.S.C. § 371 that are under final rejection where no request to participate in either Pre-Appeal or AFCP has been filed. P3 will run for six months, until January 12, 2017, or until 1,600 requests have been accepted (no more than 200 per technology center).[1] To participate in the program applicants must submit:

After receipt of a timely and compliant P3 request, the USPTO will contact the applicant to schedule a conference within 10 calendar days. The P3 conference combines the best features of Pre-Appeal and AFCP. Like Pre-Appeal, review by a conference panel expands the audience of examiners that analyze the legal and factual basis of rejections. The P3 panel, coordinated by the Supervisory Patent Examiner, is made up of examiners experienced in the relevant technology, including the examiner of record, with all reasonable attempts made to select panel members with the most expertise in the relevant legal issues raised. The applicant participates in the conference in person, by telephone, or by WebEx, and has 20 minutes to present to the panel. The oral presentation is limited to appealable matters, such as the rejection of record, rather than petitionable matters. Additionally, the oral presentation may be directed to the patentability of the proposed claim amendments.

Providing for the opportunity to present to a panel is an improvement over Pre-Appeal, where no interview or presentation was permitted.  Instead applicants filed a Pre-Appeal Brief and received a written response to the same, sometimes with little guidance to assist the applicant in making a useful strategic decision. While AFCP does allow for an interview with the examiner, P3 is superior to AFCP for at least two reasons. First, with AFCP, the examiner of record has the option to unilaterally deny the AFCP request, for instance if the examiner decides the claim amendments cannot be reviewed and searched in the USPTO’s allotted time of three hours[2], thus affording no opportunity to the applicant to conduct an interview. No such discretion to deny a request based on time exists under the P3 program. Second, with AFCP, only the examiner needed to be involved in making decisions on the patentability of the claims, as opposed to both Pre-Appeal and P3, where a panel of three is involved. As a result, P3 seems likely to improve an applicant’s success rate in after-final practice by allowing direct communication between the applicant and a panel of examiners during the P3 conference, and providing the applicant an opportunity to submit limiting amendments to further expedite prosecution.

Another benefit afforded by P3 is the ability to propose amendments without necessarily having them entered. When applicants typically file a response to an Office Action, the submission of those amendments provides the USPTO the unilateral ability to enter those claim amendments so they become part of the pending claims. Under P3, however, because the program refers to claim amendments presented by applicant as part of P3 as “proposed non-broadening amendments,” it appears the USPTO is treating P3 amendments like proposed claim amendments are typically treated during an examiner interview, or similar to amendment requests and auxiliary amendment requests commonly used at the European Patent Office. That is to say, applicants can suggest amendments for purposes of the P3 presentation, but can ultimately decide whether to make those amendments eligible for consideration in making the final P3 decision. This provides a further avenue for applicants to “test the waters” with potential claim amendments before deciding whether to file a Notice of Appeal without making amendments.

While only time will tell whether P3 accomplishes its goals of increasing the value of after-final practice and reducing the number of appeals, appealable issues, and RCE fillings, on its face P3 appears to be a useful tool for applicants to strengthen and present their case following a final rejection, before resorting to pursuit of a full appeal. If it is a success, hopefully the USPTO will extend the life of P3 beyond six months and/or 1,600 filings, as it has done when it extended programs like Pre-Appeal and AFCP.

[1] The USPTO has an active counter to track the number of P3 requests have been filed. As of August 5, 2016, 126 requests have been accepted, with the breakdown by technology center being as follows: 1600 (biotechnology and organic chemistry) – 6; 1700 (chemical and materials engineering) – 11; 2100 (computer architecture and software) – 19; 2400 (networking, multiplexing, cable, and security) – 18; 2600 (communications) – 10; 2800 (semiconductors/memory, circuits/measuring & testing, optics/photocopying, printing/measuring & testing) – 18; 3600 (transportation, construction, electronic commerce, agriculture, national security and license & review) – 19; 3700 (mechanical engineering, manufacturing and medical devices/processes) – 25.

[2] The allotted time for design applications is only one hour.