Navigating the Uncharted Waters of the Blockchain
02.05.2018
Posted in Patents, Rules and Regulations 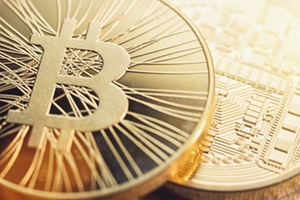 Akin to the hype that surrounded the Internet during its early years in the 1990s, blockchain technologies and their associated cryptocurrencies have dominated the news cycle recently. Cryptocurrencies are a form of digital currency that use cryptography to enable financial transfers between two parties without an intermediary. By touting a new technology that could reshape the way transactions are performed, cryptocurrencies grew exponentially, attracting investors searching for “the next big thing.” The demand for cryptocurrencies has reached such a fever pitch in the past two years that cryptocurrency trading platforms have struggled to keep up with the demand for new accounts and trading services. Driven by media coverage of extravagant returns for investors in cryptocurrencies such as Bitcoin, Ethereum, and Ripple, among others, some of which have exhibited 100,000 percent or more annual growth in the last year alone, the cryptocurrency market, and the blockchain technologies by association, have received a tremendous amount of exposure for an industry that is still in its infancy. While the prevalence of the Internet and social media have greatly contributed to the explosive growth and popularity of blockchain technologies and cryptocurrencies, such growth so early in the lifecycle of a fledgling technology can have negative consequences, such as significantly impairing development despite an overwhelming number of new adopters entering the space daily.

In this article, we will explore patent considerations in regards to cryptocurrencies and their underlying blockchain technology.

What is the blockchain and how does it relate to cryptocurrency?

Blockchain and cryptocurrency are essentially software that runs on a platform. Blockchain is a type of a decentralized database, or a distributed ledger, that records transactions between two entities and specifies how these transactions are executed and recorded. The transactions encompass cryptocurrency as well as other types of transactions, such as title recordation, voting histories, mortgages, debts, and many others. Many types of blockchains exist and many more can be built. Cryptocurrencies are the digital currency, or medium of exchange, that uses encryption and unique protocols to make payments across the blockchain without the need for a certifying authority.

What is the future of blockchain?

Banks, payment processors, and other financial institutions have already embraced blockchain technology to various degrees of adoption. Banks have begun to pool resources to create a cross-border trade finance network that is based on blockchain technology. For example, IBM sought the collaboration of international banks, including BBVA, Bank Danamon, and National Australia Bank, to develop a new blockchain-based payment platform to speed up cross-border payments earlier this year.

As more companies enter the space, both the early adopters and the new entrants will seek means by which to protect their investments in blockchain-related technology. In recent years, corporations such as Visa, Walmart, IBM, and Coinbase, among others, have filed multiple patent applications toward aspects of the technology. Many others have begun to implement the blockchain in their day-to-day operations.

Filing patent applications towards the technology, the approach taken by the corporations discussed above, will likely distress this open-source movement. Patenting of blockchain-related technologies could lead to a patent war similar to the one that occurred in the 1990s during the software boom. Because the blockchain is in early stages of development, the entry of multiple players in such a short period of time can erect barriers in the space that can be restrictive and stymie its development.

Blockchain-related patent filings have greatly increased in recent years. While the full extent of the flurry of activity in the patent space is difficult to assess due to the 18 month time gap between the time an application is filed and published, the limited data that has been accrued so far suggests the growth in filings has been exponential. Specifically, blockchain technology-related applications have increased from about 25 applications in 2015 to about 350 applications in 2017. Bitcoin has experienced a similar spike, increasing from six applications in 2012 to about 475 in 2017. As activity in blockchain-related technologies has only escalated, it would not be surprising to see the number of filings of blockchain technology-related applications to be in the thousands in the not-too-distant future.

The fallout from the increase in patent application filings is worth monitoring closely as patents are issued from the filed applications. Given the lack of related art in the space, these early patents can potentially claim a large swath of functionality in the cryptocurrency and blockchain technology-related space. Moreover, if drafted properly, blockchain technology-related patents can cover multiple cryptocurrencies and aspects of the blockchain technology, which can prevent other companies and innovators from further developing the technologies. The likely lack of expertise in the technology at the U.S. Patent and Trademark Office (USPTO) can result in allowance of overbroad patents, further hampering the quality of patents and giving individuals broader rights than those to which they are entitled. Further, due to the relative novelty of the space, parties can seek to obtain overly broad patents that cover fundamental functionalities of blockchain and cryptocurrency-related technologies, which can result in a large financial windfall, but also stymies growth and development of the industry as a whole during the life term of the patent. Lastly, the infancy of the technology and the availability of open-source information can leave the industry susceptible to patents filed by non-practicing entities, or patent trolls, who are accused of not only failing to further develop the technology, but also deter those looking to innovate from entering the space.