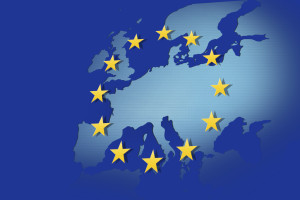 The European Court of Justice (ECJ) ruled on Tuesday that the “Safe Harbor” data transfer regulatory framework, which had enabled the otherwise prohibited transmission of European Union residents’ personal information to the U.S., is invalid. The program enabled those who collect data in the European Union to transmit the data to the United States notwithstanding the E.U. determination that the U.S. lacks “adequate” privacy laws. Companies who have relied upon or who were planning to rely upon the Safe Harbor scheme should assess the alternatives that are available and adjust their practices accordingly.

The U.S. has enacted laws to protect individuals’ private information in a patchwork, piecemeal manner, with certain federal laws imposing privacy requirements on a sectoral basis in fields such as finance and health care. This approach has left yawning gaps. Much lip service has been paid to the need for a broader and more consistent U.S. legislative approach, but no lawmaking effort has made real progress. In contrast, the E.U. in 1995 enacted a comprehensive regulatory scheme that set a minimum baseline in terms of stringency of privacy protections across all twenty-eight E.U. member states and across all business sectors.

What Was the “Safe Harbor” Program?

For fifteen years the Safe Harbor program, which had been administered by the U.S. Department of Commerce and enforced by the Federal Trade Commission (FTC), enabled E.U. data sharing with the U.S. by allowing U.S. businesses to self-certify that they had taken certain steps to protect the data in a manner that adheres to E.U. data protection principles. This required paying fees and making an initial certification filing attesting to compliance steps (and then annual re-certification filings).

What Alternatives Are There to the Safe Harbor Mechanism?

The Safe Harbor program has not been the only mechanism available to enable the data transfers from the E.U. to the U.S. It remains possible to transfer the data notwithstanding the perceived “inadequate” U.S. protections where:

The Safe Harbor program entailed modest cost and effort and was viewed as the best alternative, especially for small to medium-sized U.S. companies, as compared with these other approaches. More than 4,000 organizations participated.

Why Was the Safe Harbor Program Ruled Invalid?

The Safe Harbor program had come under fire in recent years due to the not unjustified perception on the part of E.U. privacy activists and regulators that the U.S. program participants were not adhering to the program requirements, and that the FTC was overly-lax in enforcing those requirements. Indeed, one could review the list of participating programs online and review the participants’ websites only to find that in many cases certain Safe Harbor-required language was not included within the participants’ privacy policy wording, or observe that certain businesses were holding themselves out as compliant yet had failed to file the required annual recertification.

Those concerns were not the focus of the ECJ’s decision, however. More central to the ECJ’s decision are concerns that data about E.U. residents is subject to U.S. government surveillance when transmitted to the U.S. The reasoning expressed in the decision reflects a value judgment about the degree to which U.S. authorities need to spy on communication to protect its security interests. The ECJ decided that the U.S. intelligence activities accessed and used personally identifiable data communicated into the U.S. from abroad “in a way incompatible, in particular, with the purposes for which it was transferred, beyond what was strictly necessary and proportionate to the protection of national security.” The ECJ concluded that the Safe Harbor framework “enables interference, by United States public authorities, with the fundamental rights of persons.” Inherent in the ECJ’s reasoning is an assumption that many in the U.S. would challenge — namely, that security concerns advanced by surveillance do not rival or outweigh information privacy rights.

This highlights an important cultural difference in the way privacy is viewed in the E.U. as opposed to the U.S. — a tension that will remain and perhaps will be magnified when U.S. companies are forced to decide between complying with U.S. government data disclosure demands and E.U. data protection law.

The ECJ had the opportunity to render this tumultuous decision as a result of a challenge lodged with the Irish data protection authority (each E.U. member state has its own privacy agency) by an Austrian named Maximillian Schrems concerning Facebook’s privacy practices and the exposure of his personal information to U.S. security surveillance. Facebook’s sending Schrems’ information to the U.S. was enabled by its participation in the E.U.-U.S. Safe Harbor program.

What Now for Safe Harbor Participants?

The ECJ’s decision is effective immediately, meaning that E.U.-based business partners or branch offices that have been sending personal information to the U.S. about E.U. individuals, including employees, under the Safe Harbor program and who do not have any other E.U.-approved basis for doing so  are in violation of E.U. law. The author speculates that E.U. enforcement authorities will allow some time for organizations to adjust to this significant regulatory change before cracking down. Nevertheless, companies who have relied upon or who were planning to rely upon the Safe Harbor scheme need to quickly assess the alternatives described above.

This development is not good news for many U.S. companies doing business in Europe. Organizations can minimize the legal risks and business disruptions, however, by stepping back and carefully considering how, where and why information about E.U. residents is collected and stored. Is it possible to implement a practical work-around, such as keeping the information stored locally on computer servers in Europe? Perhaps in reviewing their practices and asking probing questions U.S. organizations impacted by the demise of the Safe Harbor program will find opportunities not only to make use of collected consumer and employee data lawfully, but to better manage data protection liabilities such as data breach risk.