A Common Cue Creates No Confusion
09.14.2016
Posted in Litigation, Trademarks 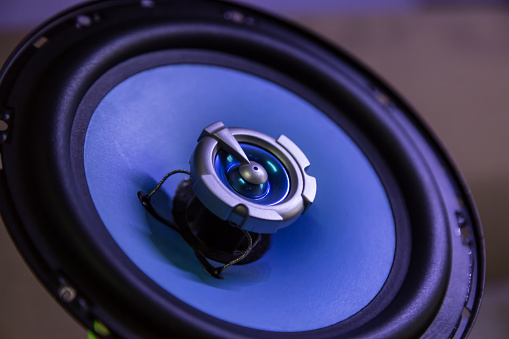 Cue, Inc. sells high-end home audio equipment (e.g., table radios and speakers). In 2007, it applied to register the trademark CUE ACOUSTICS, and in late 2009 the USPTO allowed its application. Cue’s CUE ACOUSTICS mark was registered in August 2012, and later that year, its application for a separate mark—CUE—was allowed. Cue filed a Statement of Use for the CUE mark in November 2015.

GM makes Cadillac vehicles; some of these carry what it calls the “Cadillac CUE infotainment” system, which gives drivers and passengers control over the vehicle’s climate, navigation, and audio system. For GM’s purposes, “CUE” is an acronym for “Cadillac User Experience.” In May 2011, GM filed an intent-to-use application for the mark CADILLAC CUE, and that application was approved a few months later. The CADILLAC CUE mark was registered in March 2013.

Critically, though the mark for CUE ACOUSTICS was entitled to protection, the Court was disinclined to accept any contention that “CUE,” standing alone, was so entitled. Put simply, many cue- and Q-based marks already existed, so the ACOUSTICS piece of the new mark was critical. And Cue had made precisely this argument before the USPTO.

Or, as Judge Talwani put it, “because the field of CUE-formative marks is crowded, each such mark is entitled to limited protection, and the scope of each mark’s protection is determined by that which distinguishes it from the others.”

The Court then worked through the likelihood of confusion between the marks at issue. Interestingly, this is a case of alleged “reverse” (as opposed to “forward”) confusion. Here, the powerful accused infringer dominates the market and allegedly usurps the senior mark holder’s brand. By contrast, in a classic “forward” case, the smaller alleged infringer seeks to take advantage of a well-known mark holder’s established brand.

The Court considered the well-established factors[1] to assess the potential for confusion.

With respect to the marks’ similarity, the ACOUSTICS element of Cue’s mark distinguished it from GM’s. Interestingly, GM argued that it consistently used its CADILLAC housemark alongside its “CUE” mark, and that this distinguished it from Cue’s mark. But the Court reminded its readers that this was a reverse confusion case. So even though it is the accused infringer, because GM is the bigger, more influential entity, its use of the housemark would only “reinforce[] the association of the similar mark with the alleged infringer.” Nonetheless, the presence of ACOUSTICS in Cue’s mark rendered it too dissimilar from GM’s mark for this to be a problem.

After briefly noting that the parties’ goods were wholly dissimilar, the Court examined the parties’ trade channels, advertising, and prospective purchasers; it disposed of the first two with haste. The Court then found that both parties sought sophisticated purchasers, creating some overlap with respect to that element. But the customers’ sophistication meant that they were less likely to be confused by the marks.

Cue claimed that it was aware of an incident of actual confusion. It submitted a declaration from a Cadillac owner who said that, after he was unable to get help with his Cadillac’s CUE system from GM dealers, he searched the internet for the system’s manufacturer and eventually called Cue. Somewhat amusingly, GM also obtained a declaration from this customer, and that document said that he did not conduct the search himself, but that he called Cue after a friend gave the number to him. The second declaration further noted that he had no idea what Cue sold. In light of this, the Court said the factor was of only marginal import.

GM plainly knew about Cue’s mark, but this was not enough to establish bad faith. For a variety of reasons, among them presence of many other “CUE-formative marks,” there was no evidence that GM sought to confuse purchasers with its CUE mark.

Though the Court deemed Cue’s mark to be weak—and Cue did not argue it was strong—its relative weakness compared to GM’s mark worked in its favor. That is, since this was a reverse confusion case, the strength of GM’s mark was a potential threat to Cue’s mark.

Nonetheless, in light of all of the above, the Court found that there was no likelihood of confusion, and it granted GM’s motion for summary judgment. Cue’s valiant effort to establish its reverse confusion case was not enough to overcome the ubiquity of other CUE-formative marks and its dissimilarity to GM’s own mark.