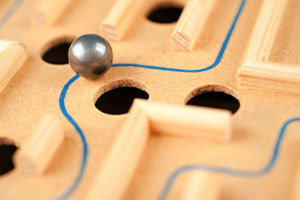 Collaborations between charitable organizations and for-profit businesses to simultaneously promote a cause and raise funds for the charity have been demonstrably successful and are occurring with increasing frequency. When embarking on these initiatives, clearly your marketing and development (or advancement) professionals are key team members, but remember to put your legal department or legal advisor on your team to ensure that your good deeds are not punished.

In most states, the Attorney General is the authority responsible for regulating charitable solicitation activities. Thirty-nine states and the District of Columbia regulate charitable solicitation in some form and all of these states require charitable organizations to register in those states in order to solicit donations. The basis for this registration is grounded in the law of consumer protection. The Attorney General's interest lies in protecting the public from potential fraud, abuse, or misrepresentation on the part of the parties who are soliciting funds. Most states focus on registration and disclosure as the main tools for ensuring that the public is allowed to make informed decisions when being solicited. Typical penalties for not registering to solicit charitable funds or for misusing charitable funds include the imposition of fines and penalties, cease and desist letters, losing the ability to fundraise in a state, and, in cases of significant noncompliance, lawsuits.

Efforts to Manage Online Activity and to Streamline Compliance

Two aspects of charitable solicitation that have perplexed regulators and those organizations who are making good faith efforts to comply with the requirements are online fundraising activity and multi-state fundraising activity. Regulators have banded together in two main initiatives to attempt to account for the fact that our system of multi-state regulation of activities that often cross state lines can be cumbersome and counterproductive for the parties who are trying to accomplish positive change. In 2001, the National Association of State Charities Officials (NASCO) issued a set of non-binding guidelines, the Charleston Principles, to help charities determine whether or not they have a sufficient presence in a state to trigger a registration requirement. The primary solicitation tool addressed by the Charleston Principles is online fundraising activity -- i.e., does the fact that a charity maintains a website that residents of a state may visit require an organization to register to solicit charitable funds in all 40 jurisdictions? According to the Charleston Principles, website activity alone does not trigger a registration requirement. Under the Charleston Principles, a charity should register in a state that regulates charitable solicitations based upon its website activity if:

The Charleston Principles also indicate that a charity should register to solicit in a state where a charity maintains a website that is not interactive, but it specifically invites a potential donor to engage with the charity offline (e.g., by encouraging a potential donor to contact the charity) or it establishes other contracts with the state using communications that direct a donor to its website.

The other area where state regulators have attempted to streamline the regulatory burden has been with multi-state filing initiatives. The first attempt to ease the multi-state filing burden was the Uniform Registration Statement. NASCO and the National Association of Attorneys General (NAAG) have developed the Unified Registration Statement (URS) in an attempt to streamline charitable registration and reporting requirements. All but three of the jurisdictions that regulate fundraising accept the URS as an alternative to the specific registration form required by each jurisdiction. While the URS can relieve some of the burden, note that it applies only to the registration requirement (not ongoing compliance obligations), many jurisdictions require supplemental forms, and the form is paper-based, not electronic. Much more information on this initiative can be found at www.multistatefiling.org. Also, 13 states have formed a pilot initiative in coordination with NASCO and NAAG to develop a single online portal through which to satisfy these multi-state registration and reporting requirements. More information on the so-called Single Portal Initiative can be found at www.mrfpinc.org. While progress on this initiative has not been as fast as one would hope, the initiative should be applauded.

Cause-related marketing solicitation activities often trigger registration and reporting obligations on the part of not only the charity, but also the for-profit business involved in the fundraising effort. Often called "commercial co-ventures" in the statutes of several states, charities and their for-profit partners need to stay on top of these requirements as state regulators are becoming more proactive in enforcing these once rarely enforced laws. A commercial co-venturer typically is defined as a party that is engaged in business for profit and who represents that some portion of purchase price of the good or service being sold will benefit a charitable organization or a charitable cause. To date, more than 20 states have some form of commercial co-venture regulation in place. The most typical forms of regulation include:

Two states -- Alabama and Massachusetts -- have even imposed a requirement that the business involved post a bond in order to engage in this activity.

While these regulatory requirements can seem daunting, they should not discourage a business or a charity from pursuing new and effective avenues for supporting charitable causes. Keeping the following principles in mind when structuring a commercial co-venture or cause-related marketing initiative will help to keep the effort on track and in good standing:

Many for-profit business and charities have partnered successfully in promoting important causes while increasing the pool of financial resources available to charities and improving the bottom lines of businesses. The parties to these arrangements should be mindful of the regulatory landscape in place to protect the public and the causes served by these initiatives. While it may seem daunting at first, it is a very manageable cost of entering into what are often very mutually beneficial arrangements.