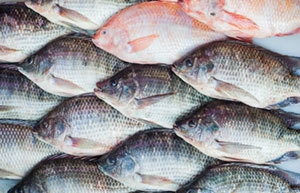 Proving that motions for reconsideration are not always futile, Judge Sanders exercised her discretion to undo part of her own prior ruling. Judge Sanders previously ruled in the case before her that the plaintiffs’ breach-of-fiduciary-duty claim survived summary judgment. The plaintiffs alleged that the defendants sold tilapia “without providing plaintiffs an opportunity to participate in these transactions.” In support of this allegation, the plaintiffs relied on their own interrogatory answer. Judge Sanders, on reconsideration, pointed out that the answer was “not based on personal knowledge and therefore d[i]d not constitute admissible evidence under Rule 56(e).” (Mass. R. Civ. P. 56(e) states that “[s]upporting and opposing affidavits shall be made on personal knowledge, shall set forth such facts as would be admissible in evidence, and shall show affirmatively that the affiant is competent to testify to the matters stated therein.”) For that reason, among others, Judge Sanders allowed the defendants’ motion for reconsideration and awarded summary judgment against the breach-of-fiduciary-duty claim.