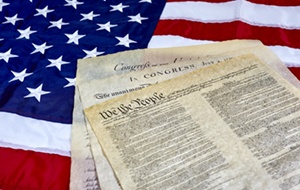 Key Takeaway: While Massachusetts courts have jurisdiction over internal church disputes involving church property, they must defer to the decision-making process of a hierarchical religious organization when a dispute is intertwined with religious doctrine.

Background: In early 2017, a majority of members of the Newton Presbyterian Church (NPC) voted to withdraw from the Presbyterian Church USA (PCUSA) and instead to affiliate with the Evangelical Covenant Church. The schism within the congregation arose from two amendments to PCUSA’s Constitution: the first allowed LGBT members to be ordained; the second permitted same-sex couples to marry in PCUSA churches.

After the vote to withdraw, PCUSA’s local governing body, the Presbytery of Boston, informed NPC that all who voted to leave were no longer members of NPC and warned them to refrain from taking any action regarding church property. But those who voted to leave, calling themselves the Newton Covenant Church, assumed control over NPC’s bank accounts and other property. The Presbytery determined that the NPC members who voted to remain with PCUSA were the “true church” and that the withdrawing members had no power to control NPC property. The Presbytery filed suit seeking enforcement of its determination and moved for summary judgment for declaratory relief.

Holding: Judge Sanders held that the “ecclesiastical” approach applied to this dispute over church property. Massachusetts courts invoke the ecclesiastical approach where a church has a hierarchical structure and the dispute is one of internal discipline and governance that is intertwined with religious doctrine. In such a case, the court must defer to the decision-making processes of the hierarchical church. See The Parish of the Advent v. Protestant Episcopal Diocese of Massachusetts, 426 Mass. 268, 280 (1997). Judge Sanders found that the PCUSA is a hierarchical church—it is governed by a national constitution that defines the powers of the national, regional, local and congregational associations with each higher level of authority possessing the power to review and change the actions of the lower authority. Indeed, the NPC’s Articles of Incorporation expressly acknowledge that it operates in accordance with the principles of the PCUSA. Judge Sanders further found that, because the PCUSA Constitution sets forth a specific process for dealing with a breakaway faction and the decision to form a new church was based on a disagreement with PCUSA’s position on same sex marriage and LGBT ordination, the Presbytery’s determination was “inextricably intertwined with religious doctrine.”

Ultimately, Judge Sanders deferred to the church’s decision-making processes and allowed the Presbytery’s motion for summary judgment on Count I of the Presbytery’s complaint, which sought declaratory judgment to the effect that the remaining NPC members constituted the “true church” and that the withdrawing members had no power to control NPC property. The court could adjudicate the civil enforcement of the Presbytery’s decision because, according to Judge Sanders, the Commonwealth has an “obvious and legitimate interest in the peaceful resolution of property disputes and in providing a civil forum where the ownership of church property can be determined conclusively.” Judge Sanders further wrote that, “[t]o set aside that determination would entangle the court in what is essentially a religious controversy, which is prohibited by the First Amendment.”