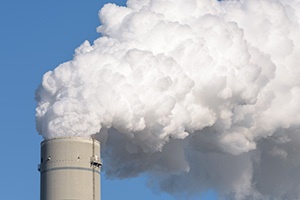 As to the private nuisance claim, plaintiffs alleged that the factory emitted noxious odors that interfered with the neighboring residents’ enjoyment of their properties. Moving to dismiss, Rousselot argued that plaintiffs improperly labeled their first cause of action as “nuisance” rather than “private nuisance.” Judge Salinger rejected Rousselot’s argument, explaining that “what matters is whether the facts alleged state a claim for private nuisance, not whether the complaint uses that phrase.”

Rousselot also asserted that it could not be held liable for private nuisance because Rousselot operated its factory pursuant to a valid water discharge permit. Judge Salinger disagreed, noting that the “mere existence of such a permit does not automatically bar” the nuisance claim, particularly in light of plaintiffs’ allegation that Rousselot had violated the permit. Judge Salinger explained that compliance with a permit is an affirmative defense, which, if proven, may provide a complete defense. But the defense could not be resolved at the motion to dismiss stage. In Judge Salinger’s words, “disagreement with the facts alleged in the complaint is not a ground for dismissing the nuisance claim.”

Plaintiffs also asserted a negligence claim alleging that Rousselot failed to design and operate its factory in a manner that would avoid the release of noxious odors. Rousselot argued that plaintiffs’ claim was insufficient because it failed to state “what specific actions Rousselot was required to take to exercise ordinary care.” Judge Salinger again disagreed and issued a reminder that, unlike claims for fraud, “a claim for negligence does not have to be alleged with particularity.”

As to the trespass claim, plaintiffs alleged that Rousselot caused noxious odors to drift onto plaintiffs’ neighboring properties without permission. Rousselot argued that only tangible invasions of property constitute trespass—not invasions by “horrible smell[s].” Judge Salinger rejected this defense, noting that Rousselot failed to cite any Massachusetts appellate authority requiring that a trespass involve a “tangible” invasion of property. Judge Salinger further observed that, even if a tangible invasion was required, “one can reasonably infer” from plaintiffs’ complaint that “Rousselot emits certain airborne molecules” that are then “perceive[d] . . . as a horrible smell when they come into contact with olfactory receptors in Plaintiffs’ noses; that is how smell works.” Thus, Judge Salinger allowed plaintiffs’ trespass claim to proceed because the “molecules that produce a foul odor are physical things.”