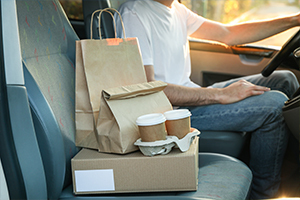 Grubhub filed a motion to compel arbitration and to dismiss the complaint. Grubhub asserted that each plaintiff had entered into an agreement to arbitrate with Grubhub, which was enforceable under the FAA. The drivers counterargued, among other things, that they were not subject to the FAA.

“The plaintiff drivers insist[ed],” the SJC explained, “that they fall within the residual category because they are transportation workers who transport and deliver goods, such as prepackaged chips or soda, in the flow of interstate commerce.”

The lower court ruled in favor of the drivers.

The SJC reversed and remanded the matter for entry of an order compelling arbitration.

[T]he plaintiffs do not fit within the narrowly defined class of workers engaged in interstate commerce; they were not “connected . . . to the act of moving . . . goods across [S]tate or national borders.’” [Wallace v. Grubhub Holdings, Inc., 970 F.3d 798, 802 (7th Cir. 2020).] Rather, they transported goods that had already completed the interstate journey by the time the goods arrived at the restaurant, delicatessen, or convenience store to which they were sent; as such, the plaintiffs are dissimilar to the railroad workers, seamen, or the other limited, interstate class of workers contemplated by Congress when enacting § 1 of the FAA. Therefore, the plaintiffs do not fall into the § 1 exclusion for “any other class of workers engaged in foreign or interstate commerce” and are subject to the FAA.

You can review the SJC’s decision here.