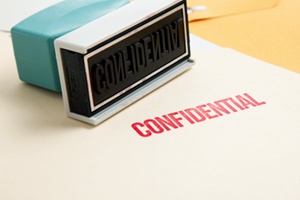 In Mooney v. Diversified Business Comms., Judge Sanders addressed a number of discovery issues, including the relevance of requested documents, the redaction of non-relevant information in responsive documents, and privilege. The most notable—an issue of first impression in Massachusetts—was whether a former officer suing his old company could discover privileged communications that occurred when he had been employed with the company.

The plaintiffs were former officers of Pri-Med LLC. They sued Pri-Med and Diversified, the majority owner of Pri-Med, in connection with Diversified’s obligation to buy out plaintiffs’ interest in Pri-Med. The plaintiffs alleged that Diversified intentionally devalued Pri-Med in order to decrease the buyout amount. Plaintiffs sought to compel production of privileged communications concerning the valuation of Pri-Med in a previous buy-out of another employee in which one plaintiff was involved in his former capacity as CEO.

Judge Sanders held that because the plaintiffs are now adverse to Pri-Med, they could not obtain the privileged communications. Noting that there is no SJC opinion expressly addressing the issue, Judge Sanders determined that Massachusetts law more closely aligns with the majority “entity is client” theory regarding the attorney-client privilege. Specifically, because the privilege belongs to the entity (and the individual officer only has access to the communications as a company representative), the company may withhold privileged information from former officers after their employment ends.

This holding represents a split from Delaware law’s “collective-corporate-client” approach under which former directors and officers are entitled to privileged communications that occurred during their tenure at the company because they are deemed to have been joint clients with the company when the communications were made. (Judge Sanders also conducted a choice-of-law analysis in applying Massachusetts law over Delaware law that is interesting in its own right.)