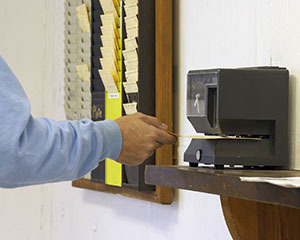 In Fratea, Judge Sanders held that an employee separation agreement that specifically referenced the waiver of Massachusetts Wage Act claims was enforceable. Judge Sanders applied the legal standard established by the SJC in Crocker v. Townsend Gulf Oil Co., Inc. In Crocker, the SJC held that a termination agreement that includes a general release will be enforceable as to Wage Act claims only if such an agreement is stated in clear and unmistakable terms: “[T]he release must be plainly worded and understandable to the average individual and must specifically refer to the rights and claims under the Wage Act that the employee is waiving.” The general release in Crocker failed because it did not reference the Wage Act.

Judge Sanders ruled that the separation agreement between Fratea and Unitrends was enforceable because, unlike the release in Crocker, it made explicit reference to the waiver of Wage Act claims. Fratea, moreover, did not allege any facts suggesting coercion or a contract of adhesion; the separation agreement advised (in bold face and capital letters) that he consult an attorney because he was relinquishing legal rights and gave Fratea two weeks to accept; and Fratea received a reasonable payment for the release considering his short tenure at the company. While the release did not detail the substance of the claims released—i.e., failure to pay overtime, the right to treble damages, and the right to pursue class relief—Judge Sanders nevertheless found that Fratea, given the facts, had not “unwittingly” waived his rights.