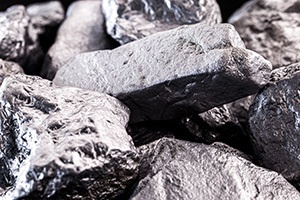 This is the latest litigation chapter in "the unravelling of a lengthy business relationship" between CET’s co-founders, John Preston and Christopher Nagel, after Nagel resigned in 2014 to form a competing business, IDL Development, Inc. (IDL). Preston and CET brought claims against Nagel and IDL alleging that Nagel had utilized and exploited CET’s proprietary information without a license. In March 2018, the parties entered into settlement and licensing agreements, under which CET licensed certain intellectual property to IDL. Crotty had participated in these settlement negotiations on behalf of IDL as its lead investor. IDL subsequently defaulted on its payment obligations and declared bankruptcy.

After the bankruptcy court rejected CET’s claim that it was entitled to IDL’s intellectual property under the terms of the parties’ licensing agreement, CET sued Crotty for alleged fraudulent statements made in the course of negotiating the IDL settlement. Judge Sanders dismissed the fraud case and sanctioned CET $100,000 after finding that CET and Preston knowingly brought claims against Crotty which were “wholly insubstantial, frivolous and not advanced in good faith.”

Judge Salinger agreed. The anti-SLAPP statute bars civil claims that are based on a party’s “exercise of its right of petition under the constitution of the United States or of the commonwealth,” and the “commencement of litigation is quintessential petitioning activity.” Reasoning that Defendants’ counterclaims were “based solely on Crotty’s actions in filing his complaint,” Judge Salinger ruled that Crotty had satisfied his burden.

According to Judge Salinger, the burden then shifted to Defendants to establish either that: (1) Crotty’s claims were “devoid of merit” or (2) Defendants’ “primary purpose in asserting counterclaims was to seek compensation for unlawful injury.”

As to whether Crotty’s claims lacked merit, Defendants asserted that many of Crotty’s allegations were “unnecessary and serve[d] only to impugn Preston’s character.” Judge Salinger observed, however, that “claims are not devoid of merit merely because they could have been stated differently. If a civil complaint has reasonable factual and legal support, that does not disappear by adding additional, unnecessary allegations.”

As to the primary purpose of Defendants’ counterclaims, Judge Salinger ruled that Defendants could not establish that the primary purpose of their counterclaims was to seek damages—rather than an attempt to “chill Crotty’s exercise of his right to petition for relief in court”—where Defendants’ “counterclaim is based solely on petitioning activity in the same action.” Judge Salinger also considered the “course of [the parties’] prior proceedings,” which included Judge Sanders’ finding in CET’s failed fraud suit that “Preston deliberately had CET assert baseless claims against Crotty in an effort to gain an unfair advantage.”