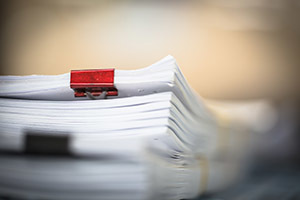 Ruling on a motion seeking the return of inadvertently produced privilege materials, Judge Kaplan elaborated on the meaning of “inadvertent” in the context of Massachusetts Rule of Civil Procedure 26(b)(5) and so-called clawback agreements.

In Vigor Works v. White Skanska, the plaintiff asked the court to order the defendant to return or destroy documents that the plaintiff inadvertently produced during discovery. Rather than contest whether the substance of the documents—which the court characterized as a “quintessential attorney/client communication”—were entitled to protection, the defendant argued that it could keep the documents because the disclosure was not “inadvertent.”

The main documents at issue: a four-page email sent by the plaintiff’s attorney to one of its executives that was, as part of the document production process, imaged together with a letter the plaintiff had sent its subcontractor and a corresponding FedEx cover sheet. The documents were identified as potentially privileged during the document review. But because the documents “were scanned together as if a single item,” Judge Kaplan noted, “it appeared that the four page attorney email had been FedEx’d to [the defendant].” The email, cover letter, and FedEx coversheet were ultimately produced to the defendant. Further investigation by the plaintiff, however, revealed that the privileged email had not been included in the FedEx package. In other words, the email was disclosed to the defendant for the first time as part of the plaintiff’s document production.

Evaluating whether the plaintiff had committed privilege waiver, Judge Kaplan used the terms agreed upon in the parties’ clawback agreement to measure inadvertence. The clawback agreement provided: “production is inadvertent if a document was produced notwithstanding that the producing party ‘performed a reasonable search for Privilege Documents.’” Judge Kaplan found that although “a mistake was made, perhaps because of a lack of attention[,] the mistake [was] understandable.” He reasoned that because it was reasonable to conclude that the email had been included in the FedEx package, the disclosure was preventable—but ultimately inadvertent. “[T]he privilege belongs to the client,” Judge Kaplan observed. “While lawyers may of necessity become the guardian of privileged documents during discovery, if reasonable precautions for security are in place, a lawyer’s mistake that seems reasonable under the circumstances, ought not prejudice the client.”

Based on his analysis, Judge Kaplan ordered that the documents be returned or destroyed.