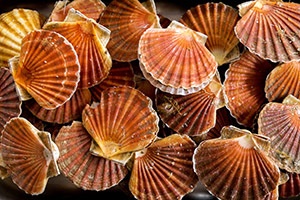 Judge Sanders granted partial summary judgment in favor of Raw Seafoods, Inc. (RSI), a seafood processor, in a coverage dispute with its insurer, Hanover Insurance Group (Hanover). Judge Sanders held that Hanover was bound by a federal court’s finding that the damage to an RSI seafood shipment was caused by RSI’s negligence, rather than from a disqualifying intentional act.

While the federal case was pending, Hanover filed suit against RSI in the BLS. Hanover sought a declaration that, because the shellfish did not spoil due to an “occurrence,” defined as an “accident” under the policy, Hanover did not have to indemnify RSI.

The federal court eventually granted Atlantic’s motion for summary judgment, ruling that, despite no one knowing how or why the scallops spoiled, the court would infer RSI’s negligence because it possessed the scallops when they went bad. After issuance of the federal court’s ruling, RSI and Hanover filed cross motions for partial summary judgement in the BLS.

Judge Roach granted summary judgment in favor of Hanover. She ruled that RSI could not meet its burden of proving that the loss was caused by an “occurrence” because “there was no demonstrated accident distinct from [RSI’s] performance of its work.”

On appeal, the Massachusetts Appeals Court vacated the judgment and remanded the case to the BLS. According to the Appeals Court, in allowing Atlantic’s motion for summary judgment, the federal court had necessarily determined that the only explanation for the damage to the scallops was RSI’s negligence. Hanover could not relitigate that factual issue.

On remand, RSI renewed its motion for partial summary judgment. Judge Sanders held that Hanover was bound by the federal court’s finding that the damage resulted from an accident caused by RSI’s negligence—not a disqualifying intentional act.

In allowing Atlantic’s motion for summary judgment in the federal action, the court had necessarily determined that the only explanation for the damage to the scallops was that RSI was negligent when handling the product. Hanover could not relitigate this factual issue. In other words, Hanover could not take the position in this litigation that the damage would have been the result of intentional conduct.

Because the federal court presumed that whatever caused the scallops to decay was an accident, even though the exact cause of the damage was never determined, Judge Sanders found that coverage arose out of an “occurrence” and rejected Hanover’s request for discovery to determine whether an “occurrence” caused damage to the scallops.

Judge Sanders also ruled that none of the exclusions relied on by Hanover applied.