Hotel’s Rejection of Confidentiality Agreement Constitutes Rejection of $83 Million Offer to Sell under 'Right of First Offer' Provision
By Michael J. Leard and Eric P. Magnuson on 03.25.2020
Posted in Breach of Contract, Offer and Acceptance 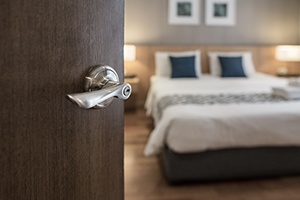 In Headquarters Hotel v. LBV Hotel, Judge Davis ruled that Headquarters rejected LBV’s offer to sell a property interest under a right-of-first-offer provision by refusing to execute a confidentiality agreement included with the offer.

Under an agreement between the parties, LBV has an estate for years in the real estate owned by Headquarters at 154 Berkeley Street, Boston, until 2131 (2131 is not a typo). The agreement includes a right-of-first-offer provision. Under that provision, if either party wants to market its interest to third parties, the selling party must first offer the interest to the other party at the same price and on the same terms the selling party would offer to third parties.

In early 2018, LBV sent Headquarters a letter announcing its intent to solicit third-party bids for its estate-for-years interest in the Berkeley Street property. The letter’s “terms and conditions” included, among other things, a stated purchase price of $83 million and mandated the execution of a confidentiality agreement (a copy of which was attached to the letter). The confidentiality agreement, according to LBV, was “necessary” to allow Headquarters access to the property and LBV’s business records.

Litigation ensued. Headquarters sued LBV, claiming that LBV was obligated to move forward with the possible sale under the right-of-first-offer provision. Headquarters asserted claims for breach of contract, breach of express and implied covenants of good faith and fair dealing, estoppel, violation of G.L. c. 93A, and declaratory judgment. LBV responded by denying any liability, asserting its own counterclaims, and moving for summary judgment.

Ruling on LBV’s motion for summary judgment, Judge Davis dismissed Headquarters’ claims and entered a declaration that LBV’s offer was rejected by Headquarters, had expired, or was revoked by LBV.

According to Judge Davis:

LBV has the explicit right under the [right-of-first-offer provision] to determine for itself the price and other terms and conditions upon which it wishes to offer its Estate for Years for sale to Headquarters and to others, if at all. The only limitation the [right-of-first-offer provision] places on LBV’s right to set the terms and conditions of any offer is that LBV first must make its Estate for Years available for purchase by Headquarters “at the same price and upon all of the same terms and conditions upon which” LBV’s interest “shall be offered to the third party . . . .”

Because LBV intended to impose the confidentiality-agreement condition on all potential purchasers, Davis continued, “Headquarters’ out-of-hand rejection of that condition . . . was, in a very real sense, an explicit rejection of LBV’s [offer].”