Establishment of Nation-Wide Class Rejected in Securities Case
By Eric P. Magnuson on 04.17.2020
Posted in Class Action, Due Process, Securities Act of 1933 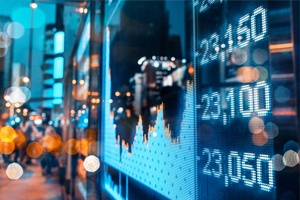 In Jackie 888, Inc. v. Tokai Pharmaceuticals, Inc., Jackie 888 sued Tokai on behalf of itself and a putative class of individuals who had purchased Tokai stock, alleging Tokai made misleading statements in an IPO registration statement and prospectus. Jackie 888 moved for class certification.

The class-certification motion, Judge Sanders wrote, raised this question: “[Can] a Massachusetts state court … consistent with Due Process, certify a nationwide class and thus exercise personal jurisdiction over out-of-state plaintiffs where Massachusetts Rule 23 does not contain a provision allowing these absent class members to ‘opt out’”?

The answer, Judge Sanders ruled, is no.

Citing Moelis v. Berkshire Life Ins. Co., 451 Mass. 483 (2008), Judge Sanders pointed out that where a plaintiff cannot procedurally opt out of a class, a Massachusetts court can assert personal jurisdiction over absent class plaintiffs only if they had “minimum contacts” with the Commonwealth. Turning to the facts, Judge Sanders found that the absent class plaintiffs’ only contact with Massachusetts—the purchase of stock (through agents in other states) issued by a Delaware corporation headquartered in Massachusetts—did not meet the minimum-contacts test.

We previously blogged about a similar decision from Judge Kaplan, who stayed a securities litigation filed in the BLS in favor of a parallel case filed in federal court. We blogged about that case—Lowinger v. Solid Biosciences Inc.—here.