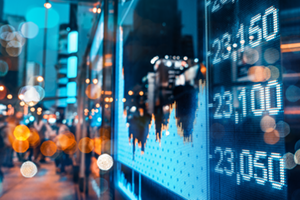 SBI did not have the option of removing the BLS case to federal court because earlier this year the Supreme Court, in Cyan, Inc. v. Beaver County Employees Retirement Fund, ruled that state and federal courts have concurrent jurisdiction over claims asserting violations of the Securities Act of 1933. With that option off the table, SBI pursued a different procedural maneuver: SBI moved to stay the Lowinger case in favor of the Watkins case.

Judge Kaplan recognized that “often there is no basis to deprive either plaintiff of its choice of forum.” But he ruled that there was “an overriding factor”—namely, “a due-process limitation”—that made litigation of the dispute “in a Massachusetts state court impracticable.”

Plaintiff brings this action as a putative class action on behalf of all purchasers of SBI shares who can trace their shares to the IPO. As the Supreme Judicial Court (SJC) held in Moelis v. Berkshire Life Ins. Co., 451 Mass. 483 (2008) (Moelis), generally, a nationwide class of plaintiffs may not be certified in Massachusetts state courts because due process requires that a class member must be provided with “the opportunity. . . to remove himself or herself from the class,” (id. at 487) and Mass. R. Civ. P. 23 does not include an “opt out” provision.”

Judge Kaplan also wrote that, “without a nationwide class purchasers of SBI shares absent from this litigation could not be bound by a judgment entered in this case, or by a settlement.” “Under these circumstances,” Judge Kaplan continued, “the court does not see a workable alternative to a stay of this litigation in favor of [the Watkins case].