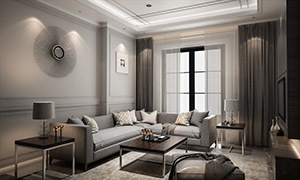 In Hershey v. Mount Vernon Partners, LLC, Judge Green faced dueling motions to dismiss in a dispute arising from the purchase of an “ultra-luxury” condominium in Beacon Hill. Judge Green granted Brett Hershey’s motion, in part, dismissing counterclaims for interference with business relations and violation of the Massachusetts Wiretap Act brought by the defendants, Mount Vernon Partners, LLC, Marcel D. Safar, Chevron Partners, LLC and Chevron Builders, LLC. Judge Green also denied most of the defendants’ motion to dismiss, allowing all but one of Hershey’s claims (a claim against Safar in his individual capacity) to proceed.

This matter stems from Hershey’s purchase of a multi-million dollar condominium unit at Maison Vernon. Mount Vernon Partners sold the unit to Hershey. Chevron Partners served as the developer, and Chevron Builders was the general contractor. Safar is the managing member of all three entity defendants.

In February 2017, Hershey executed a P&S with Mount Vernon, agreeing to purchase the unit for $5,412,500. The unit was under construction, and the P&S set forth a “Substantial Completion” date of August 31, 2017. Hershey alleged that after executing the P&S, the “Defendants engaged in a pattern of repeatedly promising that the Unit would be substantially complete by a certain date and then failing to meet that deadline.”

Through emails, Safar “repeatedly acknowledged the Defendants were to blame for the delays” and offered to “cover the Hershey’s living expenses while they waited for the Unit to be ready.” Relying on representations from the defendants that the unit was nearing completion, Hershey entered into an Escrow Holdback and Indemnification Agreement that modified the terms of the closing. The escrow agreement provided that Mount Vernon “agrees to contribute a certain monetary amount to Hershey’s existing monthly rent payment.”

Delays continued. More than a year after executing the P&S, Hershey notified the defendants that he terminated them for cause. After retaining a new contractor, Hershey discovered numerous latent defects in the construction, which he alleged the defendants had concealed.

In their counterclaims, the defendants allege that Hershey’s “numerous requests for changes to the Unit delayed its completion,” and that, by terminating the agreement, Hershey prevented the defendants from completing the work.

The defendants, by way of counterclaims, assert that Hershey violated the Massachusetts Wiretap Act due to Hershey’s installation of a security camera in the condo unit without providing notice to the defendants or otherwise obtaining the defendants’ consent to the recording. In his motion to dismiss, Hershey argued that Defendants failed to allege that he “secretly recorded any oral communications” as required by statute. Judge Green agreed, noting that Defendants failed to allege that they “were unaware of the Nest audiovisual camera.” Judge Green ruled, moreover, that knowledge of the recordings could be inferred due to the presence of the camera in plain view.

The defendants also brought a counterclaim alleging that Hershey interfered with their business relations with other condominium owners by threatening to inform the other owners of his litigation against the defendants. Judge Green dismissed this claim, too, because the complaint alleged that Hershey merely threatened to speak with other owners. The defendants, in other words, did not sufficiently allege actual interference or injury.

Hershey’s complaint seeks to hold Safar, the manager of the entity defendants, individually liable under various theories, including promissory estoppel, negligence, misrepresentation, and violation of G.L. c. 93A, based on his “personal conduct” during the parties’ transaction. Safar argued that the claims should be dismissed because Hershey failed to allege facts sufficient to pierce the corporate veil.

For the most part, Judge Green disagreed. As to Hershey’s claims for misrepresentation and violation of G.L. c. 93A, Judge Green ruled that Hershey’s allegation that Safar “knowingly made false statements, including about the quality of the Unit’s construction and materials and the timing of its readiness for occupancy,” sufficiently alleged Safar’s “personal conduct” for piercing the corporate veil. Judge Green also ruled that Hershey had stated a claim for negligence. While she noted that Hershey had alleged neither Safar’s personal involvement in “any of the allegedly shoddy and defective construction work” nor that Safar was a party to the agreements at issue, Judge Green ruled that Hershey’s allegations were “sufficient to infer, at least at the motion to dismiss stage, that [Safar] participated in the management and supervision of the construction.”

Judge Green did, however, dismiss Hershey’s claim of promissory estoppel. She ruled that the equitable doctrine was inapplicable because the escrow agreement was a valid contract under which Mount Vernon had “promised to pay Hershey’s housing costs.”

The Business Litigation Session of the Massachusetts Superior Court: BLS-1