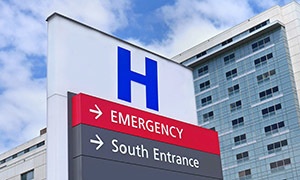 In Steward Health Care System v. CHSPSC, Judge Sanders found that CHSPSC, an affiliate of Community Health Systems (CHS), is subject to personal jurisdiction in Massachusetts for claims made under transition-services agreement (TSAs) signed along with an asset-purchase agreement (APA).

Under the APA between Steward Health Care System LLC (Steward) and CHSPSC, Steward agreed to purchase eight hospitals outside Massachusetts. Under the TSAs between the same parties, CHSPSC agreed to provide services to facilitate the transition of the hospitals.

After disputes arose between Steward and CHSPSC, CHSPSC sent Steward a letter threatening to cut off services under the TSAs. Steward responded by suing CHSPSC in the Business Litigation Session of the Massachusetts Superior Court, seeking an order enjoining CHSPSC from terminating TSA services. CHSPSC moved to dismiss under Mass. R. Civ. P. 12(b)(2), arguing that the court lacked personal jurisdiction over CHSPSC. Judge Sanders denied the motion.

CHSPSC sent numerous emails and made many telephone calls to Steward representatives at a time when Steward had its principal place of business in Massachusetts. These communications culminated in the execution of the APA and the TSAs from which this claim arises. Those emails and phone calls continued after the contracts were executed. Moreover, in billing for its services, CHSPSC sent invoices to a Steward representative in Massachusetts and accepted payments [from] Steward’s Massachusetts bank accounts. That the hospitals to which these agreements pertained were outside of Massachusetts and that the services at issue relate to those hospitals does not change the fact that, for jurisdictional purposes, Steward was transacting business in Massachusetts and that this business gave rise to the claims before the Court.

Judge Sanders also found that “the assertion of jurisdiction [comported with] constitutional requirements” of due process.

[T]he claims at issue arise out of CHSPSC's contacts with Massachusetts. This Court also concludes that those contacts were purposeful and that the assertion of jurisdiction would not be constitutionally unfair. CHSPSC knew from the outset that Steward was a Massachusetts company, it affirmatively solicited Steward in Massachusetts about the prospect of doing business together and it signed agreements to maintain an ongoing relationship with Steward at a time when Steward was and remained for some period an entity with its principal place of business here. Given those contacts, it was reasonably foreseeable that CHSPSC could be haled into a Massachusetts court.