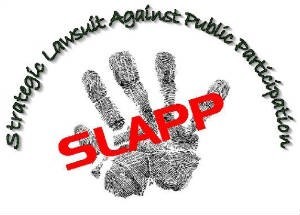 In a dispute between a former employee and former employer over violation of a non-compete/non-disclosure agreement and other related claims, Judge Salinger denied the employee’s motion to dismiss under Massachusetts’ anti-SLAPP statute, G.L. c. 231, § 59H, finding that none of the employer’s claims were based solely on the employee’s petitioning activity.

Agenus, Inc. sued a former employee, Janis McCourt, alleging that she unlawfully took and used company documents and breached her non-compete after she left the company. McCourt argued that Agenus’s claims are based on a separate employment discrimination lawsuit she brought against Agenus, including that she took and used company documents for her discrimination case.

Judge Salinger, though, was not convinced that Agenus’s claims were based solely on McCourt’s discrimination case: “These claims do not implicate § 59H because they are based at least in part on allegations that McCourt acted unlawfully by taking away documents that belonged to Agenus.” Moreover, relying on Duracraft Corp. v. Holmes Products Corp., in which the Supreme Judicial Court held that a claim for breach of a non-disclosure agreement necessarily has a substantial basis other than petitioning activity, Judge Salinger ruled that a claim for breach of a non-compete likewise has a substantial basis in non-petitioning activity and is not barred by the anti-SLAPP statute as a matter of law.