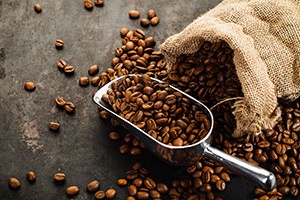 In The Travelers Indemnity Company v. Lean & Local LLC, Travelers sought a declaration that it did not owe its insureds indemnity or a defense. Judge Green granted Travelers summary judgment. The claims asserted against the insureds in a trademark case, Judge Green ruled, did not trigger coverage under the policies’ “advertising injury” provision.

The policies provided coverage for “those sums that the insured becomes legally obligated to pay as damages because of ‘. . . advertising injury’” and provided that the insurer had “the right and duty to defend the insured against any ‘suit’ seeking those damages.” The policies further defined the term “advertising injury” as a “slogan in your advertisement,” but excluded any suit for trademark infringement.

Trying to trigger the slogan coverage without running into the trademark exclusion, the insureds argued that Atomic Café’s allegations of unauthorized use of “other indicia” of the Atomic Café brand included the use of the phrase “Life Begins After Coffee.” Judge Green found the insureds’ emphasis on this phrase unpersuasive. “In the absence of any indication that the Atomic Plaintiffs owned, or used the Phrase as an ‘unique identifier’ or ‘other indicia’ of Atomic Cafe, the [complaint] cannot reasonably be interpreted to suggest that the Atomic Plaintiffs alleged or sought damages for the ‘advertising injury’ offense of ‘slogan’ infringement covered by the Primary Policies.”