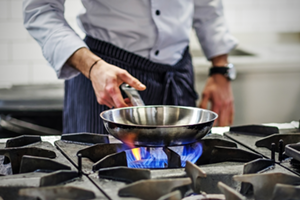 Thorndike counterclaimed. As Judge Salinger recounts: “Thorndike alleges that ATK asserted claims against him in order to harass, punish, and financially harm him for helping Kimball start a new business called CPK Media LLC, and in an attempt ‘to obtain an unlawful competitive advantage against CPK Media’s business.’”

ATK moved to dismiss, among other claims, Thorndike’s abuse-of-process claim. Judge Salinger ruled that the claim survived Rule 12(b)(6) scrutiny because the counterclaim alleges ATK brought a baseless lawsuit to hinder Kimball’s efforts, supported by Thorndike, to compete against ATK.

In order to state a viable claim for abuse of process, a complaint or counterclaim must allege facts plausibly suggesting “that the process was used to accomplish some ulterior purpose for which it was not designed or intended, or which was not the legitimate purpose of the particular process employed,” and that the claimant was damaged or harmed as a result. Ladd v. Polidoro, 424 Mass. 196, 198 (1997), quoting Gabriel v. Borowy, 324 Mass. 231, 236 (1949).

Thus, “mere commencement of litigation to enforce a claim which the person commencing the litigation knows or reasonably should have known to be groundless” does not support a claim for abuse of process unless the plaintiff also alleges facts plausibly suggesting that the lawsuit was brought “for an ulterior purpose by the party using the process” that commenced the action. Beecy v. Pucciarelli, 387 Mass. 589, 596 (1982).

Thorndike’s allegations that ATK sued him in order harass and punish him do not suffice to state a claim for abuse of process. “[T]he ulterior purpose element is not satisfied merely by a showing that a person commenced litigation knowing it was groundless,” or even that a lawsuit was brought “with an improper motive of vexation, harassment, or annoyance.” Psy-Ed Corp. v. Klein, 459 Mass. 697, 713 (2011). “Rather, the ulterior purpose must be to gain some collateral advantage.” Id. at 713-714.

But Thorndike also alleges that ATK’s lawsuit, including its claims against him, was brought “to obtain an unlawful competitive advantage against CPK Media’s business” and to “imped[e] lawful competition from Kimball, with Thorndike’s support.” The assertion that ATK brought a baseless lawsuit in order to make it harder for Kimball to compete against ATK states a viable claim for abuse of process.