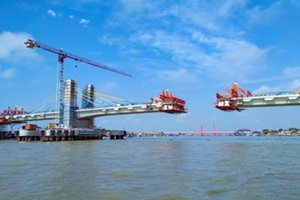 Judge Kaplan’s recent ruling in the “Burns Bridge” litigation provides helpful guidance on the interplay between breach of contract and professional negligence claims.

In The Middlesex Corporation, Inc. v. Fay, Spofford, & Thorndike, Inc., plaintiff The Middlesex Corporation, Inc. (Middlesex) alleged that defendant Fay, Spofford, & Thorndike, Inc. (FST) negligently prepared engineering designs and drawings that caused Middlesex to underestimate steel costs by $4 million for the Kenneth F. Burns Memorial Bridge rehabilitation project.  In its motion for summary judgment, FST argued in part that Middlesex’s breach of contract claim must be dismissed because the “gist” of the claim is for professional negligence, a claim that Middlesex had also alleged.

Judge Kaplan acknowledged that the inquiry to determine whether FST was in breach of its agreement with Middlesex, and whether FST was professionally negligent, is the same—namely, whether the work was performed in accordance with the standard of care applicable to engineers working on a comparable project.  But he found that this similarity “d[id] not preclude Middlesex from pursuing claims under contract and tort theories” because Mass. R. Civ. P. 8(a) “specifically permits a demand for alternative types of relief, provided, of course, that a plaintiff can recover only once for the same injury.”  Judge Kaplan ultimately rejected FST’s argument and declined to dismiss the breach of contract claim.