Be Careful What You Wish For: Employer’s Arbitration Clause Backfires
10.13.2015
Posted in Massachusetts, Non-Competition 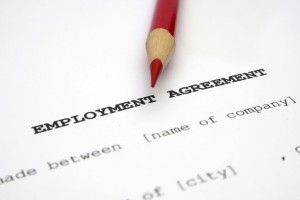 A recent decision from the Business Litigation Session of the Massachusetts Superior Court has broad implications for non-compete cases involving arbitration clauses. In TIBCO Software, Inc. v. Zephyr Health, Inc. and Kevin Willoe, the court denied an employer’s motion for a temporary restraining order enforcing a non-compete, finding the employer’s own arbitration provision required it to pursue its restrictive covenant claims before the American Arbitration Association (AAA) in California.

The judge noted that the arbitrator would be authorized to issue preliminary injunctive relief, but that if there was any delay in arbitration, then TIBCO could request an emergency hearing on its motion for a preliminary injunction. However, TIBCO first would have to take its case to the AAA. Although it was not entirely clear from the decision, presumably the employment contract at issue did not contain a typical arbitration carve-out clause permitting the employer to seek emergency injunctive relief in court. This decision thus serves as an important reminder to businesses to carefully draft non-competes and to understand the full implications of the growing use of arbitration clauses. Here, TIBCO presumably included the arbitration clause in its employment agreement to require its employees to enter arbitration with respect to employee-asserted claims in an effort to reduce costs—without contemplating the ramifications on enforcing the restrictive covenant in another part of the contract. Given the urgent need to obtain injunctive relief in a non-compete case, and the often tortured path to selecting an arbitrator or panel, employers will want to avoid any such delay associated with arbitration.