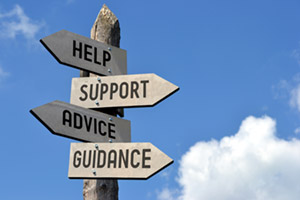 It is not often that you can find inspiration within the Treasury regulations. But if you are a family foundation looking for innovative ways of pursuing your charitable mission, you will come away from reading the nineteen examples in the regulations finalized by the Treasury Department last year with a new enthusiasm for program-related investments, known simply as PRIs. The stories these examples tell of the myriad ways PRIs can achieve positive impact will be compelling to many foundations, especially those that have been reluctant to incorporate PRIs into their grantmaking and investment strategies.

The hesitancy of foundations to use PRIs can be partly attributed to lack of guidance. Although PRIs have been utilized in certain circles of the charitable foundation world since the 1960s, until recently, the IRS and Treasury had only offered ten examples in the regulations – mostly involving economically disadvantaged individuals and/or deteriorated urban areas – to guide everyone on investments that could qualify as PRIs.  In response to calls from the community, a Notice of Proposed Rulemaking (NPRM) was published in April 2012 proposing that nine new examples be added to the regulations to shed new light on the scope of qualifying PRIs.  After a comment period and a few tweaks (highlighted below), the regulations with the nine new examples were finalized on April 25, 2016.

The new examples cover everything from ‘valley of death’ funding for vaccine development, to micro-loans to help poor entrepreneurs in a developing country, to guarantee agreements for a provider of child care services.  Overall, as noted in the NPRM, the new examples are meant to reflect current investment practice and illustrate these principles:

Just as these principles are instructive, so is the Summary of Comments and Explanation of Revisions that accompanied the publication of the final regulations in the Federal Register.  The highlights of the summary and explanation are:

Looking toward the future, these final regulations should be a powerful incentive to those family foundations that had questioned the extent to which the IRS would endorse PRIs.  The foundations standing on the sidelines now have more “official” inspiration than ever to explore the opportunities that PRIs offer, both to further their charitable missions and expand their investment portfolios.