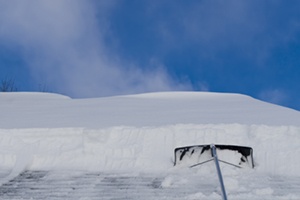 Background: Roche was insured under a commercial property insurance policy issued by Continental when Massachusetts experienced massive snowstorms. After spending more than $800,000 to remove snow from roofs of its properties, Roche submitted a claim seeking to recover its snow-removal expenses. Continental denied coverage. Roche commenced suit. Continental moved to dismiss the complaint for failure to state a claim on which relief may be granted pursuant to Mass. R. Civ. P. 12(b)(6). Judge Kaplan allowed the motion.

Analysis: The policy’s key coverage clause insures “against risks of direct physical loss of or damage to property.” Roche argued that the clause covers expenses incurred to prevent the risk that property will be lost or the risk that it will be damaged. Continental maintained that the clause insures against only two types of risks: direct physical loss of property and direct damage to property. In other words, according to Continental, coverage exists only if property is lost completely or it is damaged.

Judge Kaplan rejected Roche’s interpretation of the policy. According to Judge Kaplan:

Roche’s interpretation does not follow the words of the Policy, but requires the court to read additional coverage terms into it. Simply insuring against the “risk that damage might occur” does not explain what insurance is being provided. If the risk does not materialize, there is no loss to the value of the property insured. What Roche is apparently arguing is that one must read into the Policy the provision that if the insured reasonably believes that there is a risk that property damage will occur, then the Policy covers the cost of eliminating that risk; in other words, preventative maintenance. There is simply no language like that in the Policy. Moreover, Roche’s conduct in this case effectively acknowledges that. Being concerned that the snow might cause structural damage, Roche removed it. There are no allegations that Roche contacted Continental when the snow was on the roof to assert a claim so that Continental could assess whether the “risk” of potential damage was sufficient to trigger coverage. It simply cleared the roof.