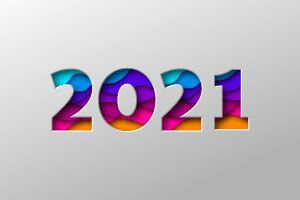 Judge Salinger started the program by commenting on these topics:

Judge Salinger encouraged practitioners to review the Model Jury Instructions available now for both civil and criminal cases. You can find these instructions here.

3. Reduction of Number of Jurors in Civil Jury Trials

In response to the COVID-19 pandemic, the SJC reduced the number of jurors empaneled for civil trials to six. Judge Salinger predicted that, once jury trials resume, this reduction will likely continue due to the significant backlog of trials and the competing demand for jurors in criminal and civil cases. [Note: on February 10, 2022, the SJC announced that this reduction would continue. Announcement here.]

Judge Salinger reminded practitioners of the option for bench trials. He noted that bench trials may be adapted to resemble arbitration by, for example, agreeing to waive detailed findings of fact.

The program then addressed several BLS decisions from 2021, underscoring the BLS’s continued handling of various complex business and commercial disputes. Here’s a summary of five of those decisions:

1. Massachusetts AG’s Action Involves “Actual Controversy” as to Whether Uber and Lyft Drivers Are Employees

In Healey v. Uber Technologies, Inc., et al., Judge Salinger denied Uber’s and Lyft’s motions to dismiss, ruling that based on the AG’s allegations, an actual controversy exists regarding whether Uber’s and Lyft’s drivers are employees (rather than independent contractors) and therefore entitled to certain statutory wage and related benefits. While Judge Salinger found the AG’s allegations sufficient, he further noted that the rideshare companies’ public financial statements—which described the potential effect of an adverse judgment—constituted admissions that an actual controversy exists.

In NRT Bus, Inc., v. City of Lynn, Judge Davis ruled that the City of Lynn was not liable to pay NRT Bus for non-transportation services required to maintain an operational fleet, such as maintenance and upkeep, during periods of remote learning necessitated by the COVID-19 pandemic. The bus contract, Judge Davis found, obligated the City to pay for school bus runs only on a “per bus, per day” basis. He concluded that “if NRT’s school buses do not roll, then neither do payments from the City to NRT.”

3. Forced Closure Due to COVID-19 Excused Caffé Nero from Performance Under Frustration of Purpose Doctrine

In UMNV 205-207 Newbury, LLC v. Caffé Nero Americas, Inc., Judge Salinger held that a restaurant-tenant, Caffé Nero, was excused from paying rent for an approximately two-month period while Executive Orders barred restaurants from serving customers indoors. Judge Salinger found that, under its lease, Caffé Nero could use the leased premises only as a “sit-down restaurant,” and ruled that “this purpose was destroyed or frustrated while the Governor’s COVID-19 orders barred Caffé Nero from allowing customers to consume food or drink inside the leased premises.”

In Highfields Capital I LP, et al., v. Perrigo Company, PLC, et al., the defendants moved to dismiss, arguing that the plaintiffs’ claims were time-barred. Judge Green denied the motion. Under the Massachusetts “savings statute,” G.L. c. 260, § 32, timely filed claims that are dismissed “for any matter of form” may be refiled within one year of dismissal. Judge Green ruled that the plaintiffs’ voluntary dismissal of certain state-law claims for lack of jurisdiction in a prior federal action was a dismissal as a “matter of form,” as required by the savings statute. She rejected, however, the defendants’ assertion that because the plaintiffs later dismissed their remaining federal claims from the federal action “for reasons known only to it,” the federal action, as a whole, was not dismissed as a “matter of form.” Instead, Judge Green reasoned that the savings statute should not be interpreted “so narrowly, particularly given that Highfields has not asserted the federal claims that it had dismissed, ‘for reasons known only to it,’ in this action.”

5. No Duty to Disclose Preliminary Acquisition Plans to Shareholders

In Athru Group Holdings, LLC v. SHYFT Analytics, Inc. et al., Judge Salinger, applying Delaware law, found that a Delaware corporation’s officers and directors do not have a duty to disclose preliminary acquisition plans to shareholders until there is an agreement on price and structure terms. On that ground, Judge Salinger allowed the defendants’ motion to dismiss the plaintiff’s breach of fiduciary duty claim.

This case is on appeal.