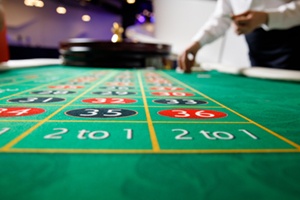 Background: When the Massachusetts Gaming Commission (MGC) awarded a gaming license to Wynn to operate a casino in Everett, Massachusetts, MGC effectively chose Wynn over Mohegan Sun, which sought a license to operate a casino in Revere, Massachusetts. Mohegan Sun brought suit in the BLS, seeking to vacate the MGC’s decision. Mohegan Sun alleges that MGC improperly favored Wynn throughout the application process. Mohegan Sun further alleges that MGC did not properly apply the statutory standards for granting a casino license. After commencing suit, Mohegan Sun filed a motion to “complete the administrative record,” which sought production of, among other documents, communications between a quorum of MGC commissioners regarding the licensing proceedings.

Ruling: Judge Sanders denied the motion. Noting the absence of Massachusetts case law on this issue, Judge Sanders turned to federal decisions interpreting the Administrative Procedures Act, 5 U.S.C. § 706, and reiterated the well-settled principle that an agency’s designation of its administrative record is accorded a strong presumption of deference unless there is clear evidence that the designation was improper. She noted that, in order to justify an addition to the record, plaintiffs must identify the materials omitted from the record with “sufficient specificity” and offer “concrete evidence” that the missing documents were actually considered by the decision maker, whether directly or indirectly. Judge Sanders ruled that Mohegan Sun did not meet its burden.