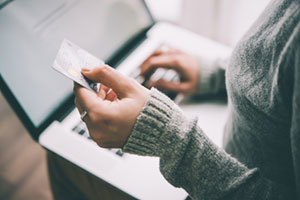 In the American Catalog litigation, Judge Kaplan invalidated a directive issued by the Massachusetts Department of Revenue (DOR).

Judge Kaplan ruled in favor of the plaintiffs. He held that because the directive established a new policy that substantially altered the rights and interests of internet vendors, the directive was effectively a regulation. “The Directive announced a break with established policy placing new obligations on out-of-state internet vendors to register with the DOR, collect taxes from its customers, account for the collection to the DOR, and to remit the funds to the DOR,” Judge Kaplan wrote. “Affected persons,” he further wrote, “should have the opportunity for notice, input, and perhaps debate before it is effective provided them by the APA.” Judge Kaplan invalidated the directive, declaring that the directive had been “promulgated without compliance with Sections 2 and 3 of G.L. Chapter 30A.”

Notably, the plaintiffs claimed that the directive was preempted by the federal Internet Tax Freedom Act (47 U.S.C. § 151) and violated the Commerce Clause of the United States Constitution. Judge Kaplan did not substantively rule on these claims. He limited his decision, instead, to the question of whether the directive violated the procedural safeguards of G.L. c. 30A. If the same (or similar) obligations imposed by the directive are imposed by way of formal regulation, however, there is little doubt that affected internet vendors will again raise challenges based on federal law. As Judge Kaplan noted, “while it may be that Massachusetts may require these internet merchants to undertake these new obligations [set forth in the directive] without violating the Commerce Clause of the United States Constitution or being preempted by the federal IFTA, these are certainly close questions.” The outcome of those close questions must await to be seen.