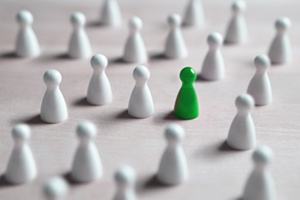 Ruling on an issue of first impression in Massachusetts, Judge Kaplan determined that he had authority under Mass. R. Civ. P. 12(f) to strike class allegations from a complaint. Judge Kaplan framed the issue this way: “[T]he practical issue raised by [the defendant’s] motion [to strike] is whether there are sufficient facts pled in the Complaint to permit the class claims to proceed and the plaintiff to take class discovery from [the defendant].” Noting the absence of any Massachusetts cases addressing the issue, Judge Kaplan turned to Federal law and followed the First Circuit’s decision in Manning v. Boston Medical Center Corp., 725 F.3d 34 (1st. Cir. 2013). “In reliance of the federal court decisions interpreting Rules 23 and 12(f),” Judge Kaplan wrote, “this court concludes that . . . a Massachusetts trial court can dismiss class allegations under Mass. R. Civ. P. 12(f).”

Judge Kaplan also weighed in on the controlling standard. According to Judge Kaplan, the standard governing Rule 12(f) motions to strike class allegations is the same standard governing Mass. R. Civ. P. 12(b)(6) motions to dismiss. Although “the standard to be applied in deciding whether to strike class action allegations from a complaint is a rigorous one,” Judge Kaplan noted, allowance of a Rule 12(f) motion is proper where  “the factual allegations of the complaint do not support a plausible claim that the plaintiff may proceed on behalf of a class of similarly situated individuals.” Applying that standard to the complaint’s allegations, Judge Kaplan allowed the plaintiff’s motion to strike.