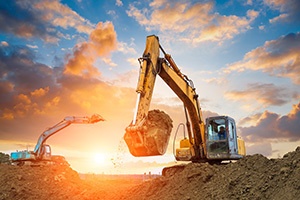 In Renova Partners v. Michael Singer and Greenlight Development Partners, Judge Sanders granted Greenlight’s motion to dismiss for lack of personal jurisdiction because, among other things, Greenlight was “not even in existence” when the allegedly tortious acts occurred.

Renova sued its former president, Michael Singer, claiming that he usurped a $1.32 million real estate development opportunity from Renova. According to Renova, Singer pursued the opportunity through Greenlight, an entity wholly owned by Singer.

PGIM Real Estate (PGIM) contacted Singer about hiring Renova for a redevelopment project located in New Jersey. Renova’s management instructed Singer to pursue the opportunity on Renova’s behalf. But Singer submitted a proposal on behalf of Greenlight, a not-yet-incorporated entity.

After PGIM informed Singer that it would hire Greenlight, Singer resigned from Renova and registered Greenlight as a Connecticut corporation with a principal place of business in West Hartford.

Judge Sanders then turned to the specific-jurisdiction issue. Analyzing G.L. c. 223A, § 3 (the Massachusetts long-arm statute), Judge Sanders observed that “[t]he only ground[] . . . that could conceivably apply here is set forth at subsection 3(c) of the statute which permits a Court to assert jurisdiction over one who causes tortious injury as a result of an act or omission committed in this Commonwealth.” Judge Sanders ruled that the court did not have specific jurisdiction over Greenlight because “the wrongdoing alleged in the Complaint (the usurpation of the Riverton opportunity) was committed only by Singer, at a time when Greenlight was not even in existence.” “[T]here is no precedent,” Judge Sanders noted, “for the proposition that a court can exercise jurisdiction over a foreign business corporation based solely on the prior in-state dealings of one of its members before the corporation itself was even formed.”